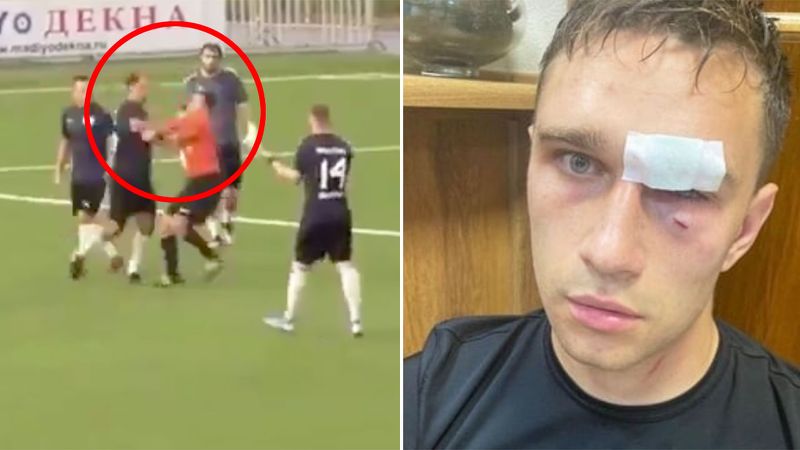 He did warn him.

If you’re an ex-pro playing an amateur game of football, you might think you’d take things a little easy and not treat the whole thing too seriously, at least not to the point where you punch the ref in the face for showing you a red card.

Not so for former professional Russian footballer Roman Shirokov, who took part in an amateur game this week. The veteran midfielder, 39, warned referee Nikita Danchenko “give me red, I’ll hit you”, and then delivered on his promise when shown the card:

Here’s what former Russia star Roman Shirokov did to a referee in the yesterday’s amateur league match after not being awarded a penalty he thought he earned. pic.twitter.com/tkSGHVBNo0

The ref spoke to The Sun following the incident:

I spent four to four and a half hours in the hospital, then another 15-20 minutes in the emergency room.

They put stitches everywhere, did a bunch of examinations. And most importantly, everything seems to be fine with me. What does not kill you will make you stronger, as they say. Therefore, we continue to go further and continue to work.

The referee Nikita Danchenko plans to go to the police but fears his career might be over as “Shirokov has too many connections.”
Shirokov only apologised this morning.
He’s been suspended from all @Matchtv activity where he is an expert. pic.twitter.com/9yB6YVQnXT

Now obviously there’s never any excuse for that sort of behaviour and Roman Shirokov is 100% the dickhead in this situation, but it’s worth noting that he was *very* specific about what would happen if Danchenko showed him that red card. Maybe he could have been a bit more specific and warned the ref he was going to punch him straight in the face and then kick him while he was down as well. Then the ref might have taken his threat more seriously. Although he should really know by now that Russians don’t joke around when they threaten you.

Big up the ref for having the balls to not only show the red card but then say “what doesn’t kill you makes you stronger” afterwards while his face is all battered and bruised and stitched up. That’s one tough referee right there.

To watch a WWE referee snap his leg in the middle of a match and still make the three count, click HERE (NSFL).