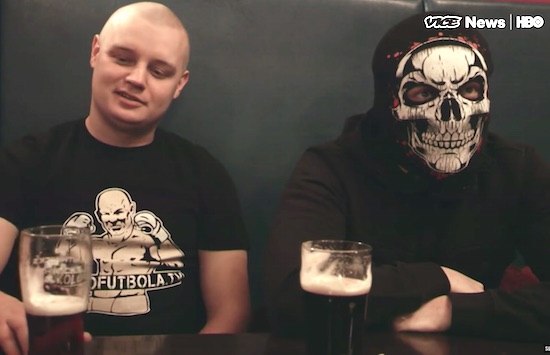 They’re trained and ready to destroy.

Ever since last summer and the events in Marseille, the world – and England fans in particular – have been well aware that Russian football hooligans are completely and utterly insane in their desire for violence and brutality in the name of the beautiful game.

I doubt anyone thought they were going to take their collective foot off the gas in the run up to World Cup 2018, but it looks like they’ve positively ramped it up as this VICE news special report on them explains. Turns out that they’re training harder than ever for the World Cup and are fully looking forward to both clashes with rival firms from other countries and their own government police next summer:

What a bunch of absolute psychos. I was thinking about going to the World Cup next summer, but this really does have me thinking twice because it looks like it’s going to be an absolute warzone over there, especially if you go to some of the more remote parts of the country. Such a weird place.

Of course, there’s also this warning that Russian hooligans have already extended to English fans. They’re even describing the World Cup as a ‘festival of violence’.