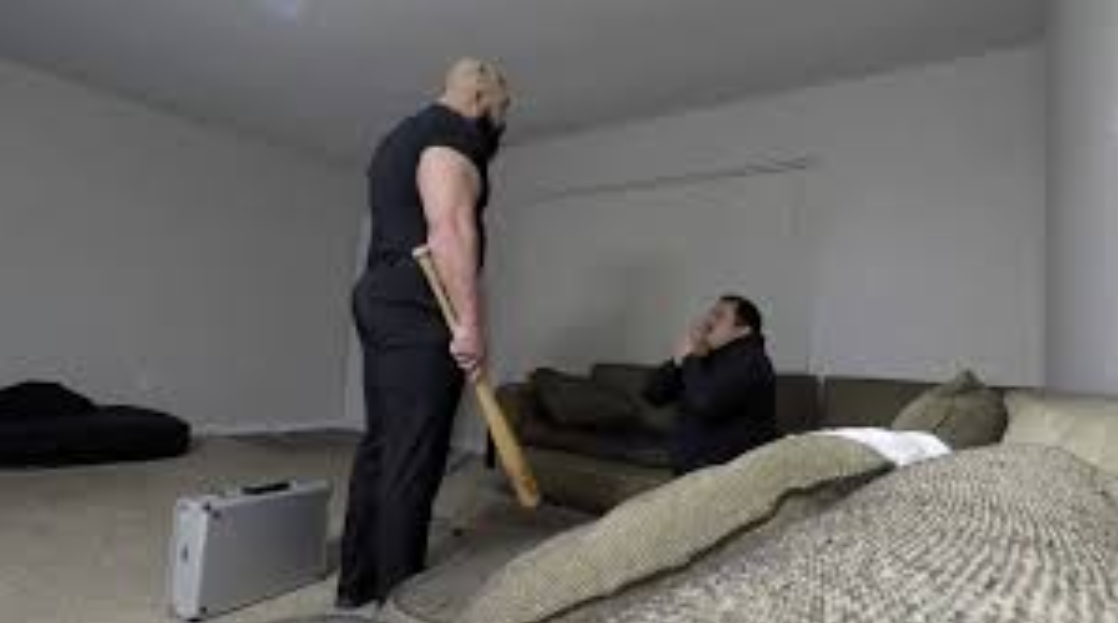 Chris Hansen, eat your heart out.

You ever see those amateur backyard wrestling videos? Well, today we have the backyard version of ‘To Catch A Predator’, with musclebound YouTuber KanevskyFitness playing Chris Hansen, only an 1000x more terrifying version of him.

Having duped this 23-year-old paedophile into visiting his 14-year-old ‘daughter’, Kanevsky allows the man to get comfortable before picking his moment to pounce:

Lol. I like how this loser brought his Playstation to play GTA V with a 14-year-old girl and ended up becoming a part of a GTA V scene himself. Better still I like how he doesn’t reveal it’s a prank in the end, which means this guy probably still has no idea unless he’s seen this video, which isn’t unlikely as it’s currently sitting on 1.3 million views.

Good job getting his fake mafia boss in on the prank as well. I mean you know you’re an utter scumbag when a guy who ties people up in his basement thinks you’re a sickhead, right? Can’t even begin to imagine how hard this guy pooped his pants. If there’s anything scarier than a hench skinhead it’s a hench Russian skinhead with a baseball bat smashing a bottle of vodka against the wall. Dad goals indeed!

To watch a grown man get attacked by a group of teens after sending a dick pic to their 16-year-old friend, click HERE.