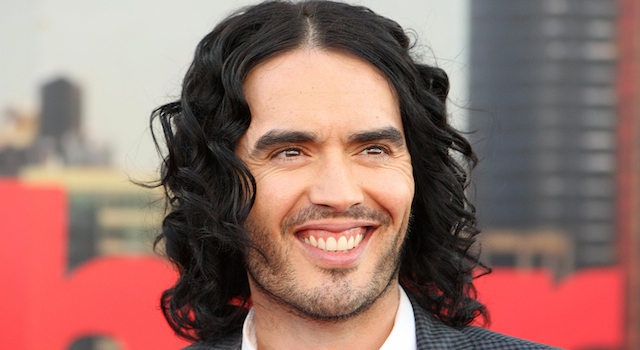 After 11 years, Russell Brand has finally spilled the beans about what exactly happened when he jerked a guy off in a Soho toilet.

Ages ago on Sick Chirpse we featured an article about Russell Brand when he was filming an old documentary series that aired in 2002 called Re:Brand, where each week Russell Brand would get challenged to do something that would change his perception on life i.e. wanking a guy off in a Soho toilet, which is exactly what happened in the episode we featured on this website in the past. You can see the video of the show if you click on the link here. It’s SFW so don’t worry about that.

Since this series and Russell’s subsequent rise to worldwide fame, he’s kept pretty quiet on the subject of just what went down in that toilet cubicle in Soho that night. Until now that is. Brand was a guest on Richard Herring’s Leicester Square Theatre Podcast. Here’s what Brand had to say about it all, or you can listen to the interview if you go to the bottom of the article and skip the player to 3:25.

‘I think of myself as heterosexual but perhaps that’s ‘cause of the environment that I grew up in where homosexuality may have been difficult for me to express. I wanted to challenge this on Re:Brand so I trawled around Soho…going [to] various gay bars, gay gyms trying to pick people up with a film crew.’

‘I went in this pub and I goes: ‘Anyone want me to wank them off?’

‘And this bloke goes, ‘Yep’. Like as if I was saying: ‘Does anyone want a packet of crisps [potato chips] from the bar…?’

‘So we goes to the lavvy — me, him, the director — and…he gets his willy out. And it was not nice. The phallus is…I like mine and you see some others in paintings that look all right but his looked like a rag.’

‘I took it betwixt my fingers thusly. It were [sic] like massaging a naked mole rat and it wouldn’t go hard.’

‘And we’re…in the toilet with the director standing there filming me and he goes, ‘I think…it would be easier if I was able to touch yours.’

‘And I [thought] ‘Fucking hell mate, do us a favor!’ And the director goes: ‘Go on Russell it would be funny…’

‘So I take down my trousers and pants…and then the bloke sort of mauled at my genitals while I wanked him off.’

‘I’m such a sex narcissist that, even though I’m not gay, I still wanted to be good at giving him a wank…’

Well, it sounds pretty much how you would imagine wanking a strange guy off in a Soho toilet would probably be like, but that doesn’t make it any less funny.