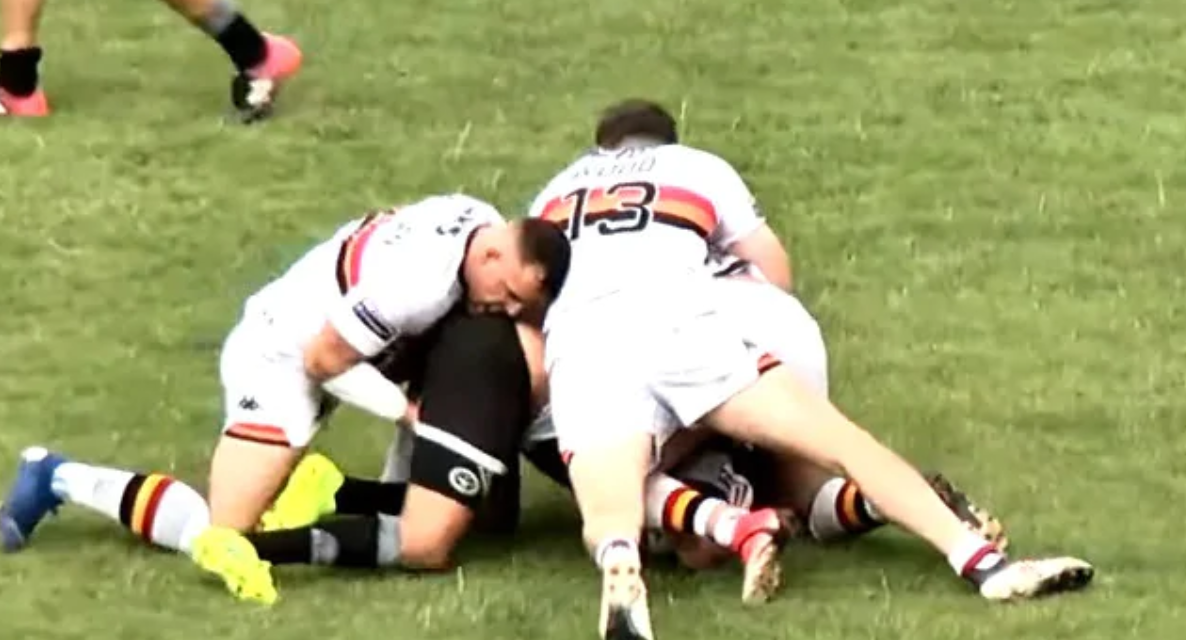 What a nut job.

Bradford hooker George Flanagan has been banned for eight games for a Grade F “attack to the testicles” in his side’s Championship loss to Toronto earlier this month, reports the BBC.

At an independent tribunal hearing, the 32-year-old was deemed to have got a little bit too hands-on with Hakim Miloudi’s nut-sack while making a tackle.

Flanagan was fined £250 and will miss the rest of the season plus the opening 5 games of next season for this offence:

Not to take away from what must have been an unpleasant experience for Hakim Miloudi, but is that really worth an 8-game ban? You’d think he proper tried to rip his bollocks out to receive a ban that will have you missing the rest of the season plus more games into the new season.

I will say that George Flanagan looks guilty as hell in that clip though. The way he quickly gets out of there after having a good grope of the poor guy’s sack. Maybe he actually did give them a proper hard tug which is why this is considered a ‘Grade F attack’, which sounds very serious indeed. Should have just given him a light tap instead of a full on tug. At least he knows for next time.

For the Hull FC rugby player who slapped his dislocated knee back into place, then immediately jumped back into the scrum, click HERE. Hard as nails.