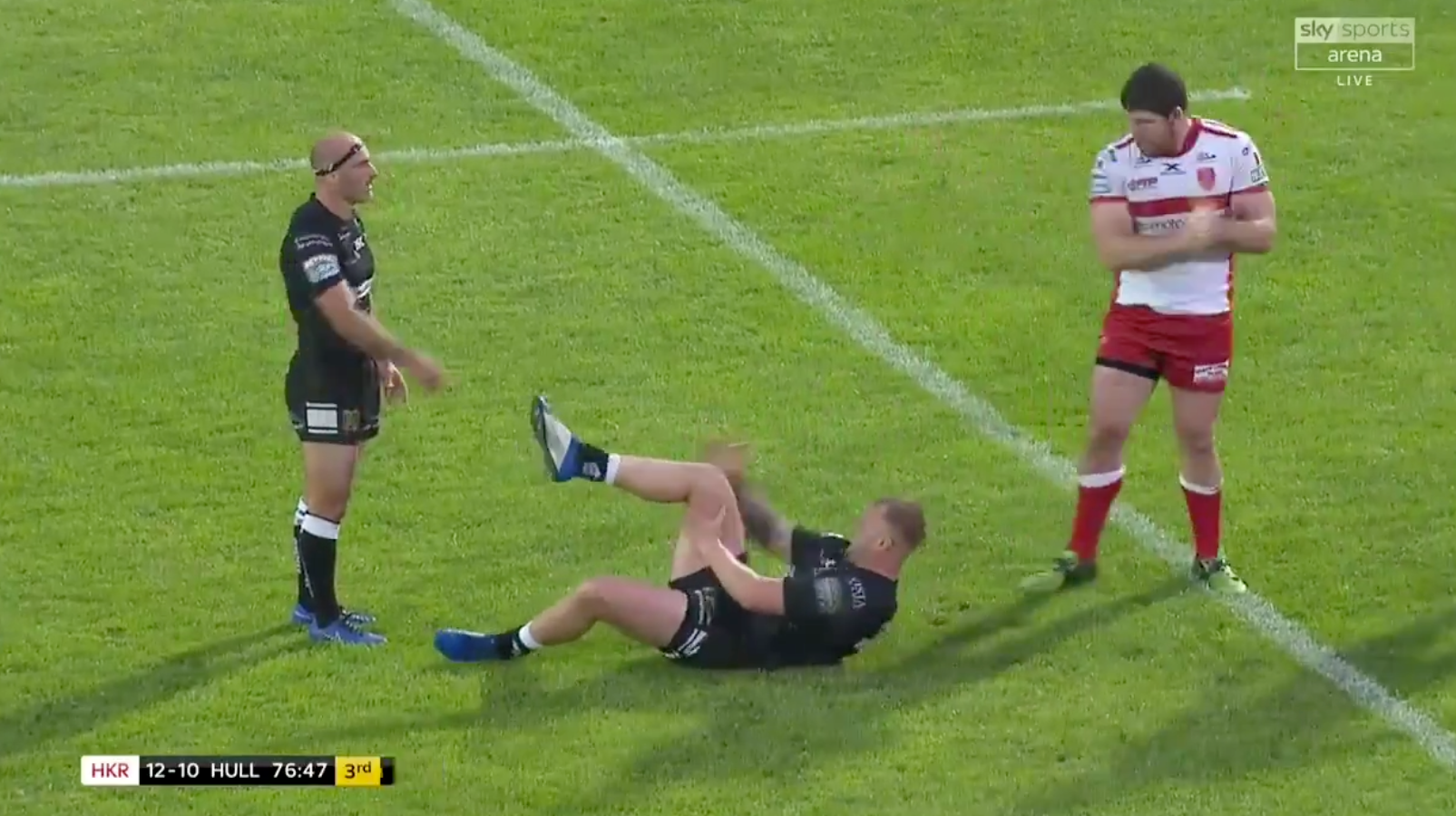 Rugby fans are always going on about how much tougher rugby players are than their American football counterparts, and Hull FC forward Joe Westerman proved it once again this week.

See for yourself as his knee pops out and he slaps it back into place like it’s no big deal:

Recap! In the 77th minute, Joe Westerman dislocated his kneecap in a tackle

What he does next, wow 👀

Tough. As. Nails. What, you think he’s going to call for medical assistance and go cry in the locker room just because his kneecap is on the opposite side of his leg? Go watch some footie if that’s what you want to see. As long as Joe Westerman’s knee is still attached to his body, he’s carrying on playing. No questions asked.

He does that every fortnight. It has genuinely come out on numerous occasions—he needs some ligaments in there somewhere.

What a beast. To watch an MMA fighter throw a punch so hard he dislocates his own shoulder, click HERE.