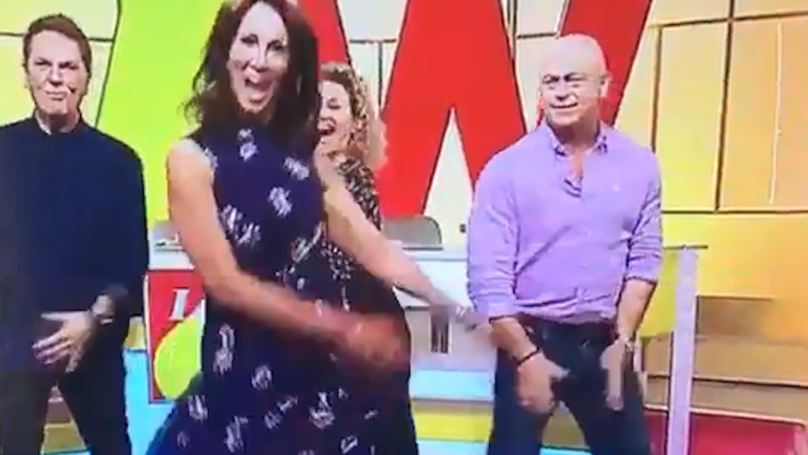 Ross Kemp became an unlikely World Cup hero this summer when he basically celebrated every England win by posting a bizarre naked rant from his Twitter account exclaiming how much he loved it and it seems like he’s keen to carry this forward following its finale too.

This can be quite clearly seen in the video below where Ross is a guest on Loose Women for some reason and got talking about the floss with the panel. If you don’t know what the floss is you’ve obviously been living under a rock all summer as everyone is doing it – it’s a dance from the video game Fortnite but Dele Alli did it as a football celebration and some kid wearing a backpack made a video of it that went viral.

You must have seen it basically, even if you didn’t know it, I mean even Ross Kemp has seen it, but as you can see below, he definitely doesn’t know how to do it properly. In fact, it’s probably one of the worst attempts of it I’ve ever seen and kinda looks more like a sex offender shuffle than the floss:

Yeah Ross mate – that’s not how you do the floss AT ALL, but I guess it’s the kind of thing that might go down well after about ten pints in the Queen Vic. Otherwise keep it off our screens and in your living room please pal, otherwise you’re probably gonna get accused of being some kind of sex fiend pretty soon. Someone’s gotta tell him.

For more Ross Kemp, check out his original bizarre Twitter celebrations. Never seen anything like it really.