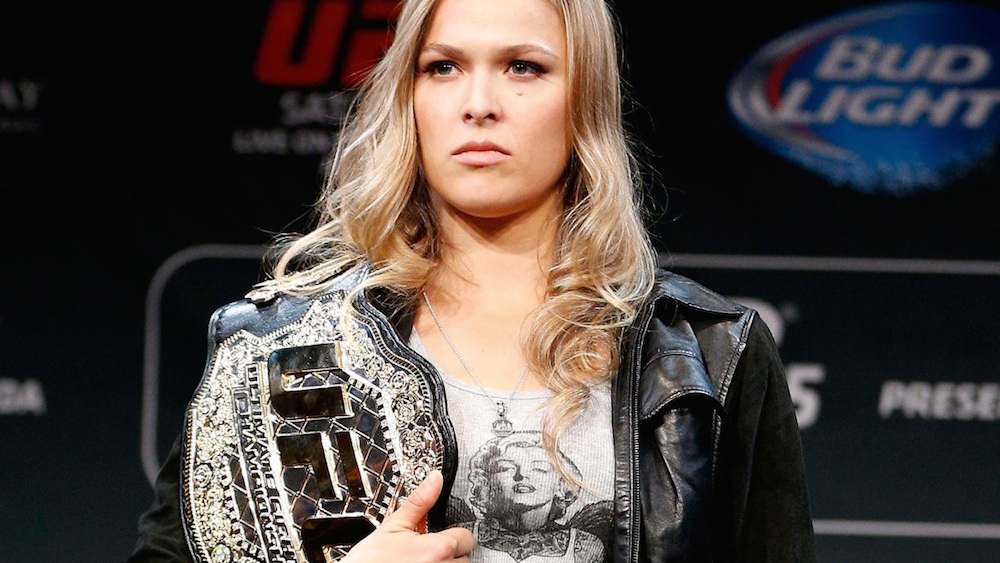 Ronda Rousey smashes it yet again.

Ronda Rousey is an absolute badass and a total fan favourite because not only is she a monster in the ring but she also seems completely cool and safe out of it.

In the run up to her big fight against Beth Correia on Saturday in Brazil, a lot of haters have been calling her out on having a masculine body because I suppose they have nothing better to do but pick on tough women anonymously by the medium of the internet. To them, Ronda has the perfect response – she’s not a do nothing bitch and she hasn’t trained her body to fuck millionaires, instead every muscle on her body is trained for a purpose.

Fair play to her. If haters gonna hate on her then why don’t hey just step into the octagon and see what happens. Guarantee it won’t be pretty, just like when she broke this male interviewer’s ribs for suggesting he was tougher than her.