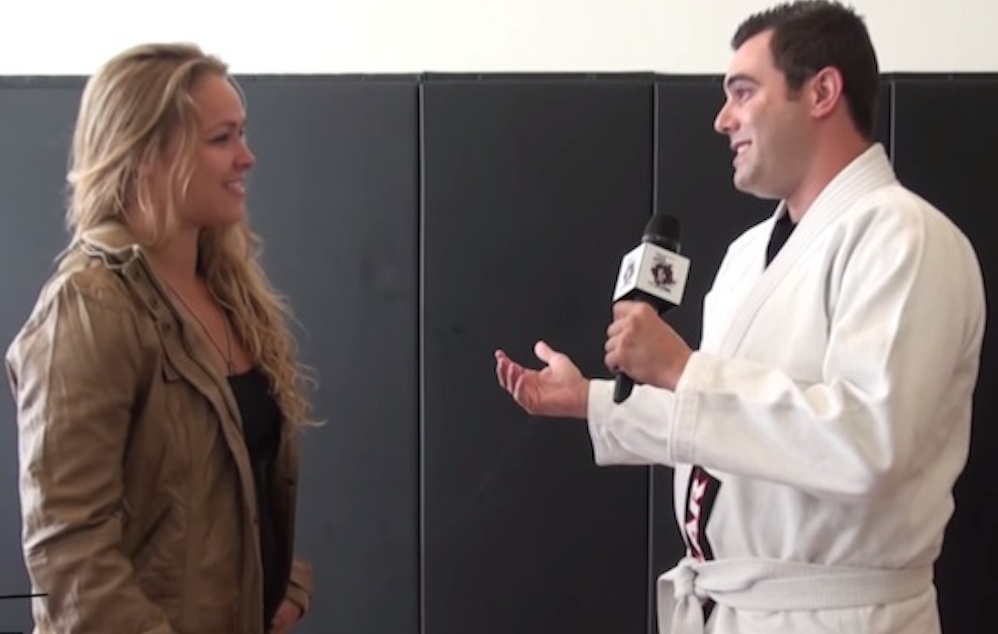 She totally destroys him.

It’s pretty much common knowledge that Ronda Rousey is an absolute badass when it comes to female UFC – check out this 16 second knockout if you need any more evidence – and I would suspect that she could beat the tar out of most men too she seems that hard.

Unfortunately for this dude though, he has no such fear of her and straight up tells her to her face that there’s no way that she can beat up a man. Big mistake, because no sooner have the words left his mouth then he’s getting slammed so hard on the floor by Ronda that he thinks he’s broken his ribs.

Sure, the whole thing is a work and the interviewer is a complete tool in his white belt karate outfit, but it serves as a warning to anyone that thinks female UFC is a joke – mock it at your peril.