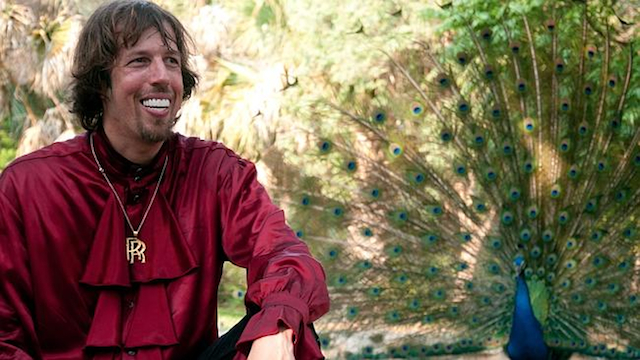 The Huffington Post interviewed Romeo Rose and he was even more of an asshole than we could have imagined. And we already thought he was the biggest asshole ever.

If you visited Sick Chirpse on Friday, then you probably read this article about a guy called Romeo Rose (that’s his stage name for his terrible music project) that actually had the audacity to offer anyone $1000 to find his ideal woman, and then listed off a completely ridiculous checklist of character traits they had to possess if they wanted to date him. These included that they could definitely not be black or ever have been with a black person and that they couldn’t have any tattoos unless they were prepared to remove them (which he was willing to pay for, being the nice guy that he is) but you can read the full list here.

Now, after reading that you probably thought that Romeo Rose couldn’t really get any worse, but it turns out that when you get him in the flesh he’s about 1000 times worse than you could ever imagine. The Huffington Post had the great idea to call him up and do a live interview with him and well if his website was a trainwreck then this interview is Hurricane Katrina.

Highlights include Romeo Rose stating that overweight women are ‘visually repulsive’ (despite being clearly overweight himself) and also compares black people to monkeys, despite constantly insisting he isn’t a racist.He also seems genuinely surprised that nobody has wanted to date him for four years and actually gets cut off by The Huffington Post reporter Caitlyn Becker because he’s such a moron. Good luck finding that girlfriend dude.