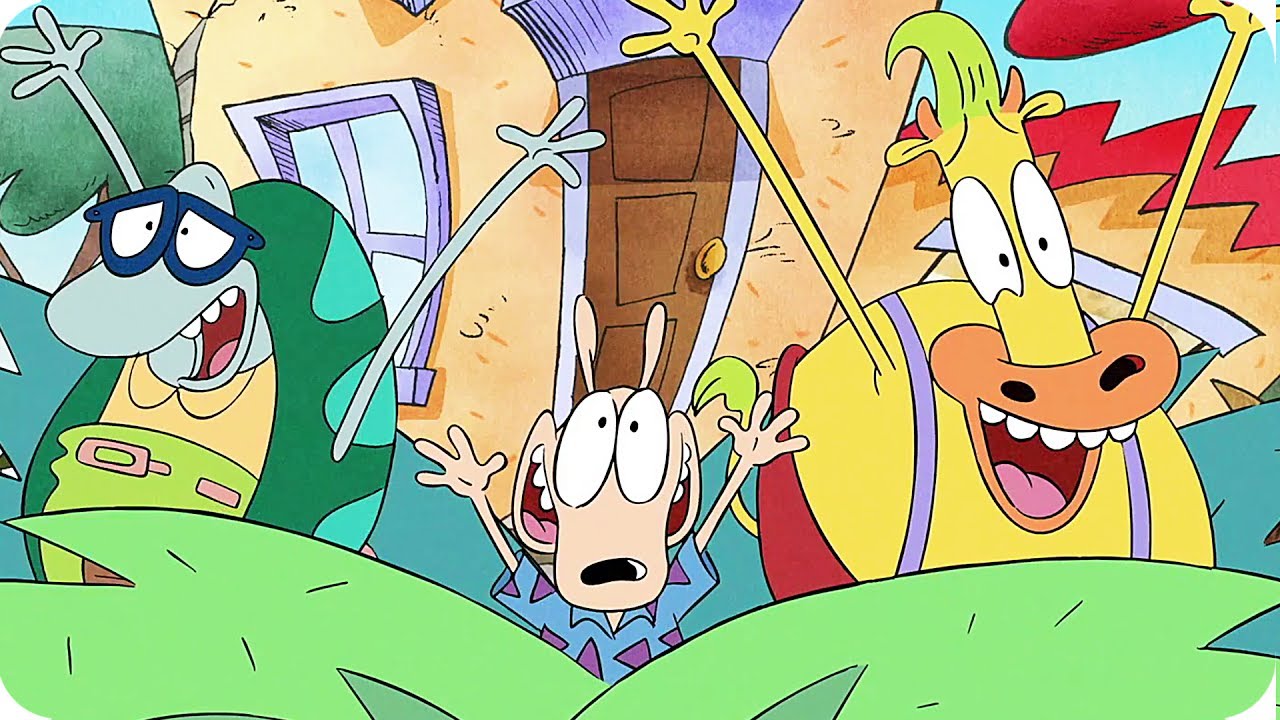 There were a lot of great cartoons for you to watch if you were growing up in the 90s and although Rocko’s Modern Life wasn’t the best – that title would probably fall to the X Men cartoon or maybe Jayce And The Wheeled Warriors or maybe Pirates Of Dark Water – it was certainly up there as it provided a kinda weirdly subtle yet hilarious satire of the world we were currently inhabiting.

The show ended in 1996 but is sufficiently loved that Netflix have decided to revive it for an upcoming movie that will premiere on August 9th. It’s called Rocko’s Modern Life: Static Cling and will feature all of the original voice actors, continuing on from the storyline of the show where all the characters became lost in space during the finale.

Here’s what an official plot synopsis and trailer reads:

*chanting* WE LOVE ROCKO! #RockosModernLifeStaticCling comes to Netflix on 8/9 📺 pic.twitter.com/ydYE3wZ9SV

After being in space for around 20 years, Rocko and his friends attempt to conform to an even more modern life in O-Town, where coffee shops are on every corner, food trucks offer multi-layered tacos, touch-screen O-Phones are being upgraded on a near-constant basis, an instant-print kiosk has replaced Rocko’s old job at Kind-of-a-Lot-O-Comics, and radioactive energy drinks turn their consumers into mutants.

I mean sounds like it’s going to pretty much start where it all left off hey? The animation looks like it hasn’t changed too much in the years between episodes, so hopefully the same is true of the writing and the whole vibe of the show. Only a couple of weeks to wait though thankfully.

For more of the same, check out the creators of the 1990s X Men cartoon in talks to bring it back. OMG.