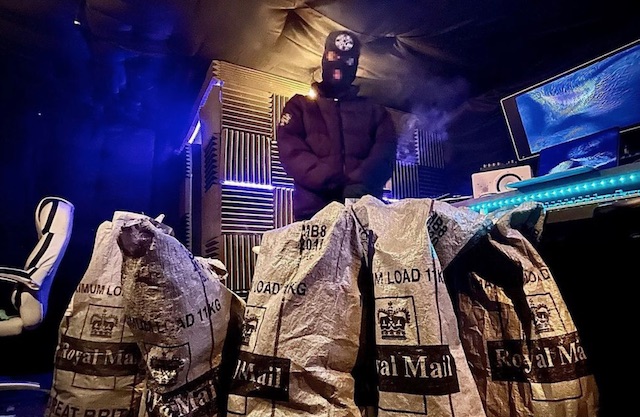 It’s looking like it’s going to be a white boy summer this year as lockdown restrictions start to ease in this country and what more could we hope for to make this event even better than some guy handing out 3000 free weed parcels to some lucky punters out there?

A masked activist known as Outlaw declared himself the ‘Robin Hood of cannabis’ last year when he drove around the city of Manchester handing out free bags of weed, hand sanitiser and toilet roll just as the first lockdown hit and this year he revealed that he was inundated with requests from people for a similar package this year. He only handed out 420 free packages last year – get it? – but received upwards of 10,000 orders this year and obviously wasn’t able to complete them all – but was able to reveal the following via his Instagram account:

Wow. So not only is this dude giving out a bunch of free weed to a whole load of people in Manchester, he’s also spent the last year coming up with a legal case to challenge the UK government over their ‘continued prohibition of cannabis’ and their unlawful actions against cannabis users in the UK’.

That’s obviously a contentious issue whichever angle you’re coming at it from, but it’s still very cool that this guy is actually doing something about about it from a legal standpoint rather than just hanging out on social media and delivering free weed to people. Whether it will achieve anything or not is anyone’s guess, but fair play for trying I suppose. Hope you enjoyed 4/20.

For more of the same, check out when a drone dropped a free bag of weed over a city square in Tel Aviv last year. That sure was something.