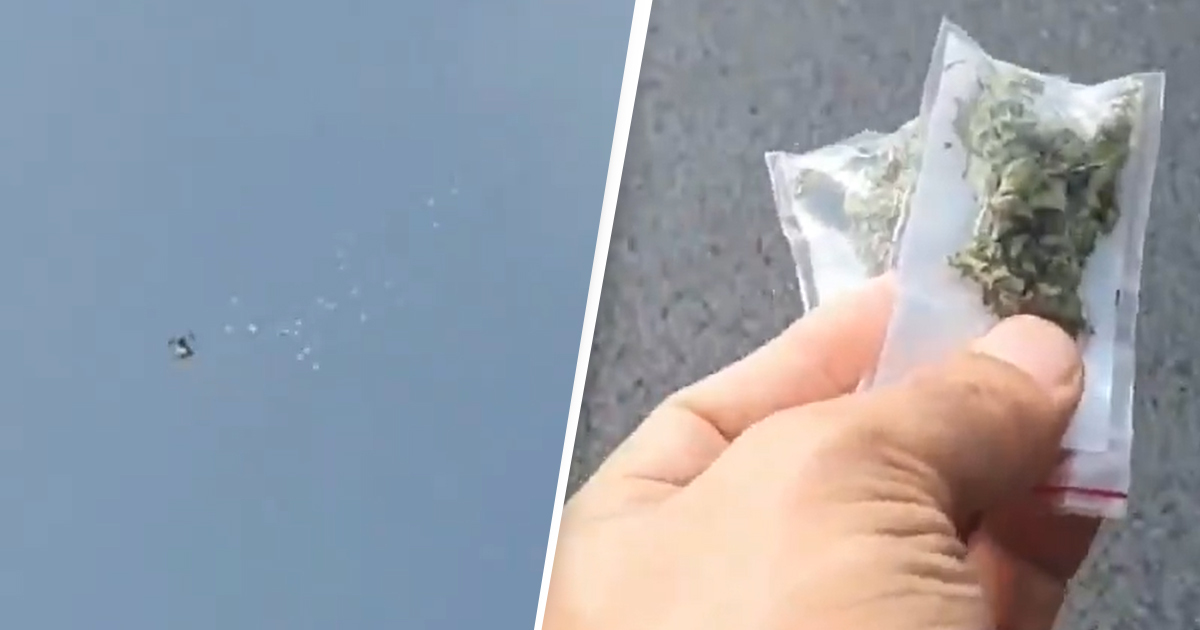 Not sure if Tel Aviv/Israel is that cool a place to reside or hang out in general, but it sounded like it was fun for a little bit at least after it was reported that a drone flew above a busy city square and started dropping free bags of weed from the sky onto the people below.

The square in question was Rabin Square and a whole bunch of people flocked to it when they heard about what was happening in order to make sure that they didn’t miss out. Here’s a couple of videos/pictures from the stunt:

Wow. What a treat. Even if you don’t smoke weed you could just pick some up and sell it to someone and make a nice twenty bucks – what’s not to like?

It was later revealed that the stunt was the work of The Green Drones, who were advertising their new weed delivery service in the country. That’s kind of a puzzling move considering that cannabis is still illegal in the country, but The Green Drones are saying that they’re going to continue doing this once a week, splitting up a kilogram of weed in two gram bags and dropping it from the sky. Maybe it’s time to book a holiday over there?

Sadly though, it might not go on for that long as it’s also being reported that a couple of people were arrested in relation the the first incident. Hopefully it’s nothing too serious though and the people of Tel Aviv can continue to enjoy free weed every week. That really might change some people’s opinions on Israel.

For more of the same, check out these weed vending machines in the USA now. Who would have thought it?