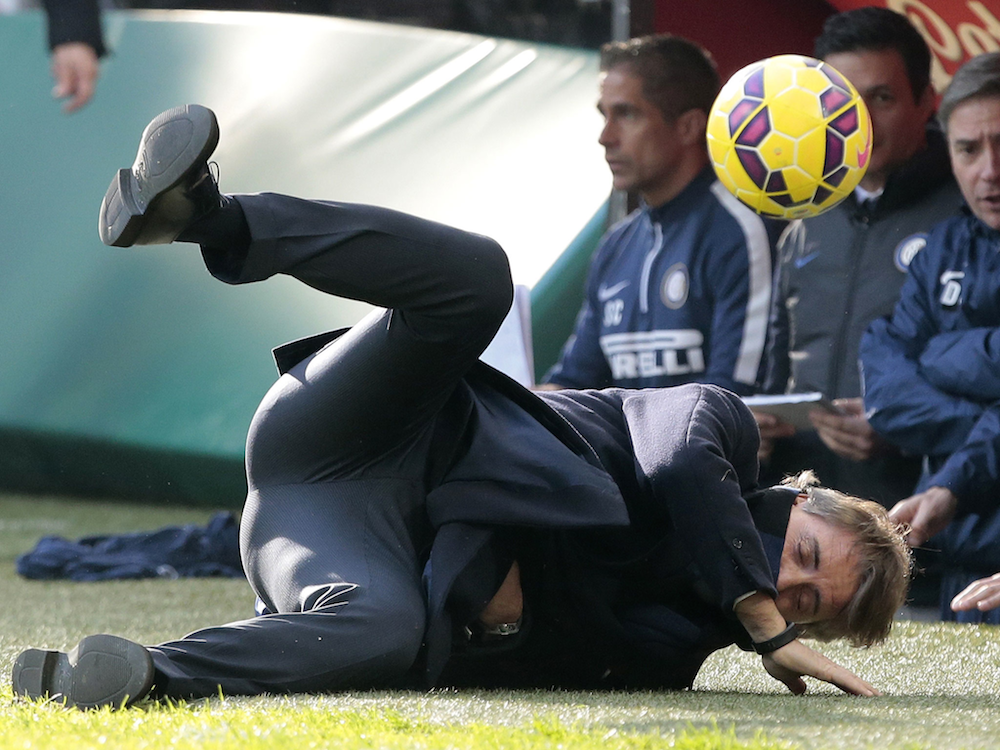 It doesn’t look like his relationship with his players have got any better.

It’s been a while since anyone in England has probably even thought about Roberto Mancini as he hasn’t managed Manchester City for a couple of years now, but if your football knowledge is any good then you’ve probably heard that he’s  back managing Inter Milan.

Unfortunately, it doesn’t seem as though his relationships with his players have got any better after his inability to get on with most of them – in particular Mario Balotelli, who couldn’t even put a bib on properly – famously led to his sacking by Manchester City. In a recent game over the weekend between Inter and Genoa, Mancini was seen getting hit in the face with a football coming from a kick from his own captain Marco Andreolli. It was struck with such venom that it knocked Mancin straight to the floor, making him look kind of like a pussy in the process.

Clearly, Mancini isn’t winning any fans back in Milan. He did have something to smile about though at full time as Inter managed to see off Genoa 3-1. Nemanja Vidic was on the score sheet – remember him?