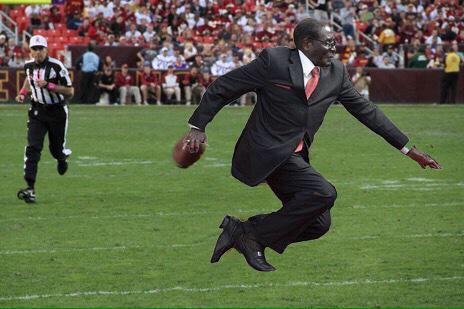 This is what the internet does when you try and bullshit us.

Robert Mugabe is a bad man, he even has a tiny little Hitler moustache to prove it. He’s responsible for countless deaths and manages to win elections despite everyone completely hating him. He’s held his position of power for three decades and if anyone deserves to fall over it’s him.

Today at some kind of official thing or other he took a little tumble. Good. That in itself isn’t a particularly surprising thing, he is 90 after all, but the official response was complete jokes. According to Zimbabwe’s Information Minister Jonathan Moyo:

Nobody has shown any evidence of the president having fallen down because that did not happen.

Erm. Well… who exactly did they expect to fool with that balls? In the next breath Moyo said:

The hump on which the president tripped was formed by two pieces of the carpet which apparently had not been laid out properly where they joined. And to be honest with you, even Jesus, let alone you, would have also tripped in that kind of situation.

Yes, Mugabe is very similar to Jesus, good comparison you plum. Any way, everyone in the world has picture-taking apparatus in their pockets now, and loads of media were there so of course the images got out (despite burly security guards ordering that the pictures be deleted).

This is the original video, it’s only slightly amusing because he’s an idiot that deserves to fall:

And what is the internet for everybody? ROASTING. So here’s the newest meme: 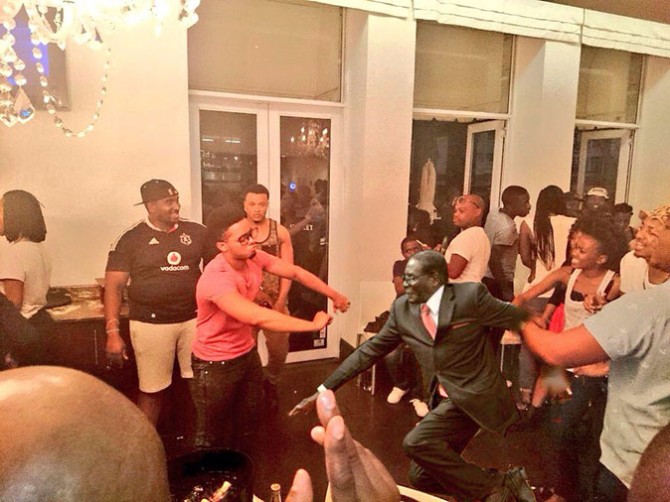