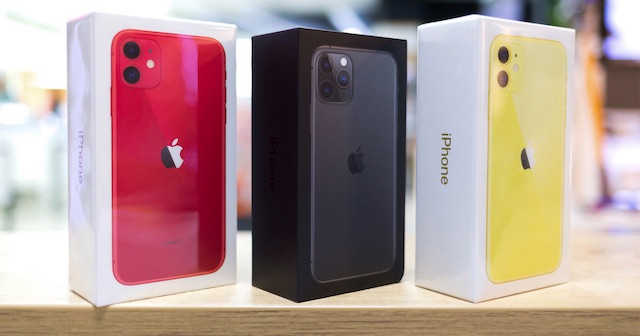 The heist of the year.

It’s hard to argue with the idea that Apple products represent some of the most desirable luxury goods for a lot of people in this country, so the idea to steak £5 million worth of them and then sell them on is a pretty good one as it definitely won’t be too hard to get rid of them all – and you’ll probably make a tidy profit too.

This seems to be the crime that was perpetrated last week after a lorry driver ambushed on the M1 and his entire shipment of Apple products stolen out of the back of his vehicle, totalling roughly £5 million. The driver was intercepted between 7:45 pm and 8:00pm on the southbound slip road at Junction 18 and tied up along with a security guard and driven to Eldon Close in Crick, where the trailer was transferred to another truck and the driver and guard were left behind in their incapacitated states.

The truck was later found abandoned two days later county border in Lutterworth, Leicestershire. It’s believed that the thieves transferred the 48 pallets worth of Apple products to another vehicle before they probably started selling them on Ebay or shipped them off to another country or something.

The police are now appealing to the public for help with the case after coming up against a dead end. Here’s what an official police statement said:

Officers are appealing for witnesses after £5 million of Apple products were stolen from a lorry during a robbery on the M1 motorway in Northamptonshire on Tuesday, November 10.https://t.co/bntZx8wSzN pic.twitter.com/cV3z0Tn9Td

Officers would like to speak to anyone who may have seen a number of vehicles on the slip road at Junction 18 between the stated times, which may have looked out of place, or who may have dash-cam footage of this area.

They would also like to speak to anyone who may have been offered any Apple products for sale in unusual circumstances, or who knows of anyone who is selling such items at low-cost prices.

Anyone with information or who may have witnessed this incident is asked to call Northamptonshire Police on 101 quoting reference number 20000595599. Or alternatively, if you wish to stay anonymous, call Crimestoppers on 0800 555111.

Sounds like these robbers have really done a number on the cops here doesn’t it and they don’t have a clue where they are now? The heist sounds like it was perfectly executed and ran to perfection, so I’m not sure if the police are really going to have any luck here about it. Kinda seems like the kind of thing they might make a movie about one day or something. Good luck boys.

For more of the same, check out this looter stealing an iMac and then getting battered because of it. Told you people want Apple products.