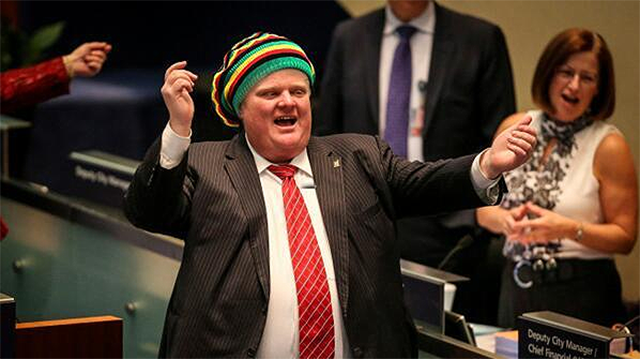 Rob Ford is back and feeling better than ever – YES!

Rob Ford is returning to Toronto and to his seat at the head of the city in just over a week, and he wants the city clerk’s office to know it (it’s also the proper thing to do, instead of just showing up).

â˜› Watch Next: Rob Ford Gives Best Excuse Ever As To Why He Didn’t Admit To Smoking Crack

Here’s the official letter he sent: 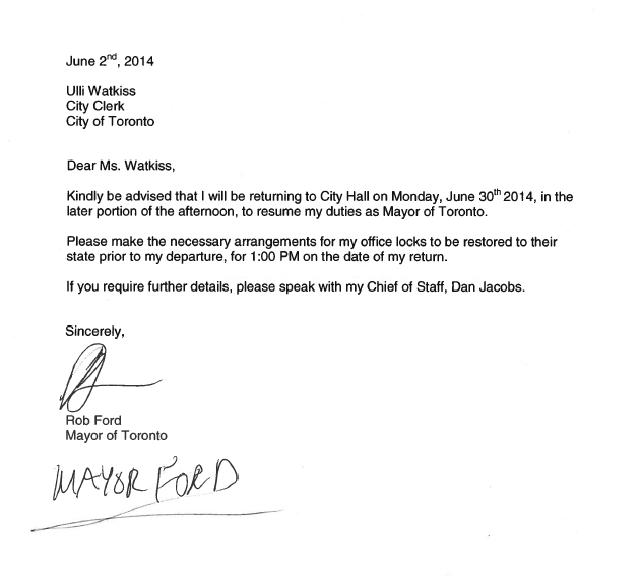 â˜› Watch Next: Rob Ford Smashed Off His Face Speaking In A Jamaican Accent

Is this great news or what? Rob Ford’s stint in rehab is done and dusted and he’s ready to get back to the mayor life. Genuinely makes me wish I lived in Toronto knowing they’ve got this guy not only looking after the city but also entertaining his people every single day. Spend one day doing paper work and attending meetings, spend the next doing super fun shit and taking dumb pictures/videos. What a life. It’s Rob Ford’s world and we’re all just living in it.