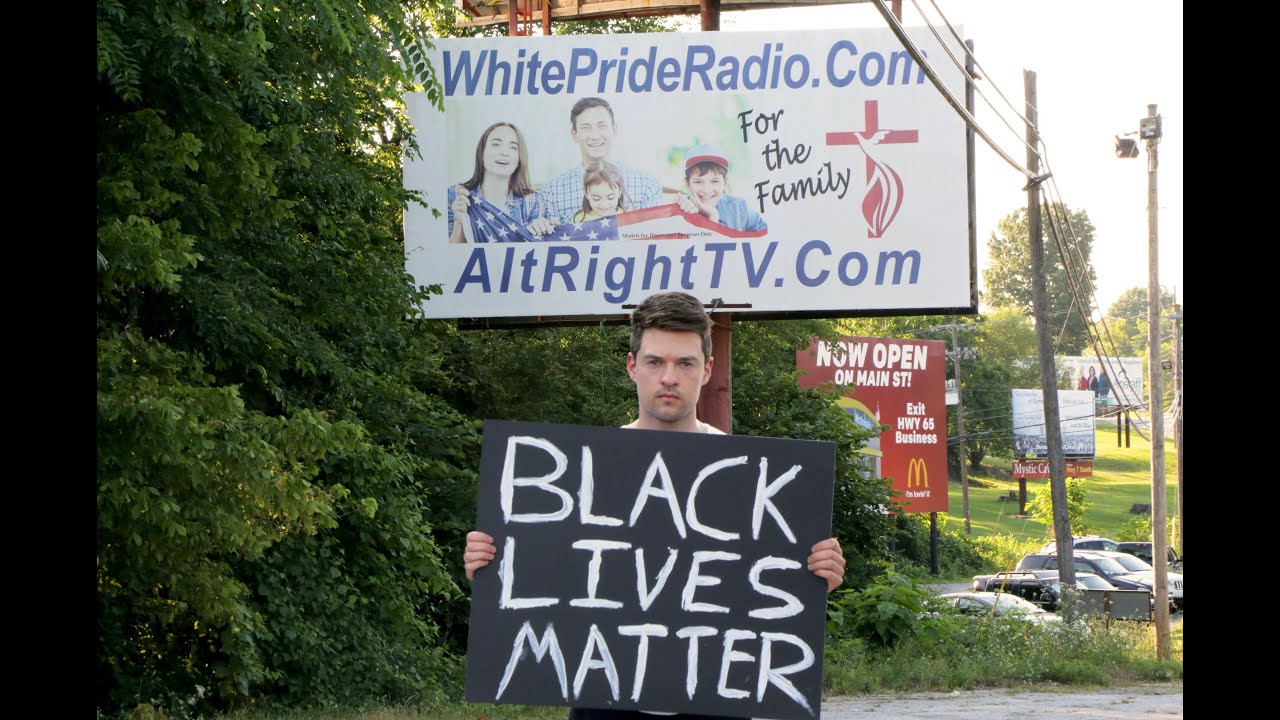 It’s crazy that this place even exists.

A YouTuber by the name of Rob Bliss recently traveled to Harrison, Arkansas – apparently ‘America’s most racist town’ – and held up a Black Lives Matter sign for the day to see what would happen.

As you might expect, Rob is treated to non-stop verbal abuse, racist comments and threats of violence. Fair play to him though – he stands there and takes it while the people of Harrison prove exactly why they have the dubious honour of being known as the biggest racists in America:

Well at least it ended on a positive note eh? That white girl walking up to Rob and handing him a hastily-written note of appreciation before giving him two thumbs up and walking away. Pretty telling that she didn’t feel safe enough to vocalise the sentiment though. Not that everyone in Harrison, Arkansas is a racist, of course. I mean how about that girl in the car who has black friends but says ‘f-ck black lives’?

Since posting the video, Bliss says he’s received several threats of lawsuits from people he filmed.

He’s now launched a GoFundMe to retain a defense lawyer to protect both himself and the video from legal action if it comes to that.

To watch a man carry a ‘F-ck BLM’ sign into a BLM protest and catch a beatdown for his troubles, click HERE.