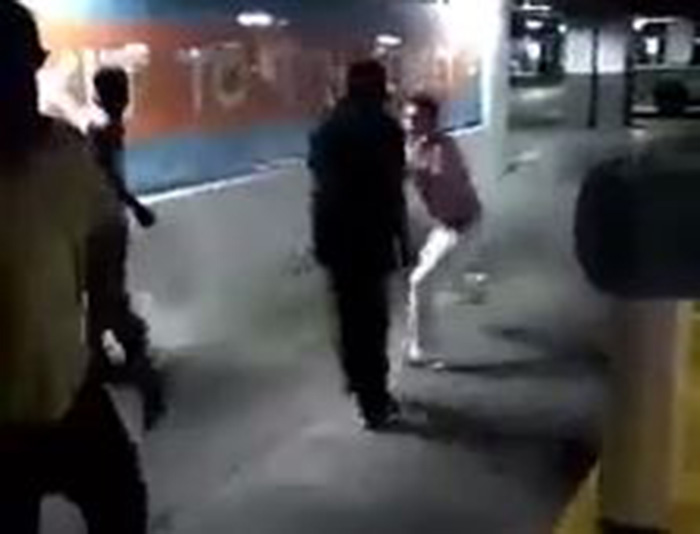 Back in 2016, Charlotte, NC was an absolute warzone thanks to  – yep, you guessed it – police killing another black man (the third black guy killed by US police that week in fact).

It’s worth noting that in this case, Keith Lamont Scott was shot dead by a black police officer.

In the aftermath of the killing, some really disturbing videos of the ensuing protests showed up online, including this one which shows a man getting circled by a mob and then battered while begging for mercy:

Well they definitely taught him a lesson, didn’t they? He won’t be shooting any more unarmed civilians, that’s for sure. Oh wait, he’s just a random guy going to his car in the car park? He’s not involved with the police any shape of form whatsoever? Strange that. Almost like these cunts are just happy to have a reason to raise hell.

Bonus video – CNN reporter at the riots gets knocked over:

For the time police blasted a 15-year-old girl in the face with pepper spray after she got his by a car, click HERE.