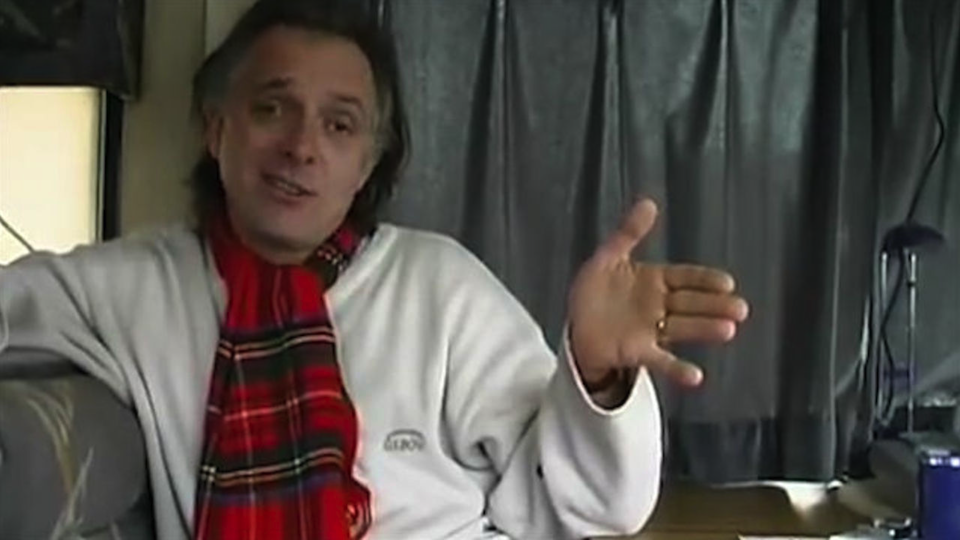 This never before seen interview with Rik has been unearthed following his death and reveals some crazy information regarding his alleged role in the Harry Potter movies.

It seems like you always find out more stuff about someone after they’ve died rather than when they were alive, and the same can now be said for Rik Mayall after this interview found its way onto the internet following his death.

In it, he reveals that he was cast as Peeves The Poltergeist in the first Harry Potter movie (Harry Potter & The Philosopher’s Stone, if you didn’t know) but unfortunately he was thrown off the set and his role was eventually cut from the movie entirely, despite the fact that he’d been paid for it.

Rik says he was thrown off the set because every time he delivered his line all the school children in the movie would crease up and they couldn’t actually film it because he was so funny. In the end, they shot his part separately and got the kids to act with someone else reading the lines. Although that is believable because he was a very funny dude, it’s also kind of dumb and unrealistic too and smacks of something slightly more sinister going on.

Unfortunately with his death we’ll probably never know what it was. The official word from Chris Columbus (who directed the movie) was that Peeves was cut from the movie because they weren’t happy with his design. He was scheduled to be a recurring character throughout the movies, but ended up being cut from all of them.

Mayall doesn’t sound too bitter about it though. He describes it as the best job he’s ever done because he got paid and wasn’t even in it, then says that the movie was completely shit. Typical Rik Mayall really.

His filmed Harry Potter scenes are yet to surface.