I need these in my life.

Although these may look like something you’d find either at an art student’s fundraiser for money towards their degree show or in the overpriced accessories section of Urban Outfitters, they are actually a collection of legitimate embroidered patches that the US’ Drug Enforcement Administration units wear as part of their uniform.

Unfortunately back in the 70s, pretty much everybody looked like a drug dealer so in order for officers to identify each other from the criminals, they’d sew these bad boys onto their raid jackets. The majority of the images you’ll see aren’t officially made by the agency’s higher-ups but are made by the officers themselves to commemorate certain anniversaries and events as well as promoting positive teamwork and camaraderie. With roughly around 20,000 patches thought to be in circulation, yet with some being part of a range as little as 12, collectors are forever trying to get their grubby mitts on the rarest and most ornate pieces.

The designs are all super cool looking, with many of them featuring humorous slogans, animals, drug paraphernalia such as needles and the personification of death ornately embroidered into various drug-fuelled scenarios. Our own personal favourites include the one where the grim reaper is hanging out inside a club whilst colourful beams of light shoot past him and the “Operation Swamp Toad” that features a sentient weed leaf cannibalisticly smoking up, which reminds us all of that bit in Scary Movie 2 where a monstrous marijuana plant rolls Shorty up into a fat spliff using his bed sheet and sets his head on fire. We certainly wouldn’t mind if somebody were to “accidentally” send us a load so that we could sew them onto everything we own.

After all the soul destroying things we hear about in the news surrounding the American police force doing a whole bunch of godawful acts including murdering innocent civilians, brutally attacking peaceful protestors in Ferguson and standing by as a crackhead terrifyingly attacks an unsuspecting homeless man in Harlem, it’s refreshing to know that not all cops are entirely mindless drones sent out to do the evil bidding of the big bad government and can actually have a decent sense of humour.

Navigate through the slides using the arrow keys to discover the rest of the rad patches. If you want to grab a couple for yourself be sure to check out what’s available on eBay. 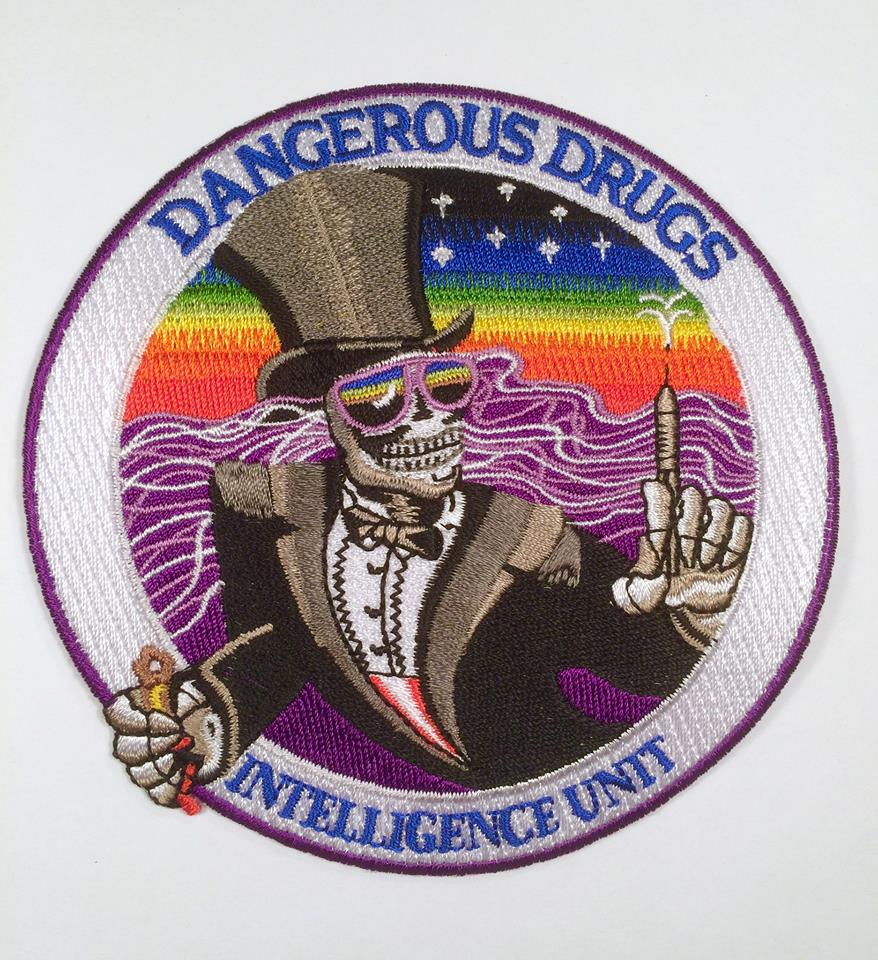