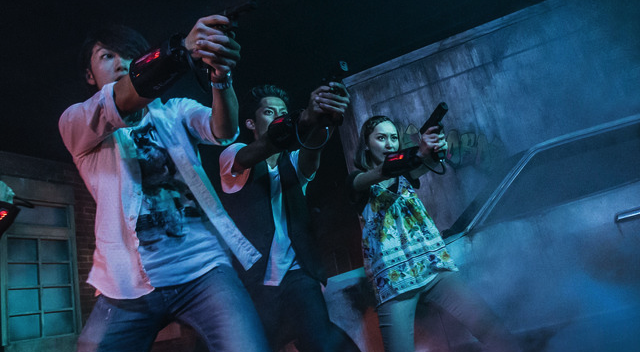 This needs to happen ASAP in this country.

Over in Japan, Resident Evil is called Biohazard which is nowhere near as good a name as Resident Evil. However, Universal Studios in Japan has a live action Resident Evil ride and it looks completely awesome, so they probably win.

It looks like you actually get a gun and have to go around shooting zombies that are jumping out at you and you have to run around a maze shooting them or something, which sounds like an actual zombie apocalypse and looks like it would be an insane amount of fun. Need to check this out ASAP.