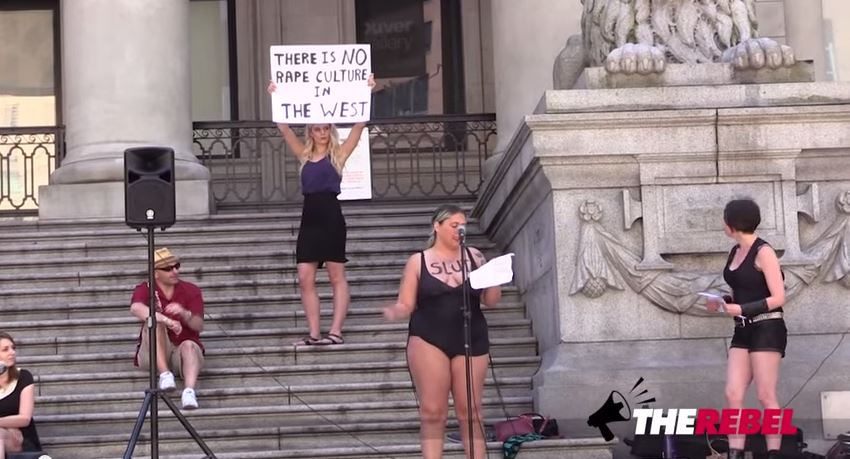 Do we live in a ‘rape culture’?

Lauren Southern of TheRebel.media attended the SlutWalk protest in Toronto, Canada this week and held up a sign that said “There Is No Rape Culture In the West”. She’s of the belief that actually, we don’t live in a rape culture, certainly not when we compare ourselves to certain parts of Africa or India.

Can she back up those beliefs though? Big time:

Especially loved the part where that lady asks her for stats, she provides them, then the lady tries coming back with an argument that makes zero sense. Obviously rape and sexual assault is a serious issue all over the world, but respect to Lauren for reminding everyone to keep things in perspective. Can’t have been easy just showing up there and stealing the show like that — big ups.

Kenyan Goat Rapist Faces The Goat He Raped In Court