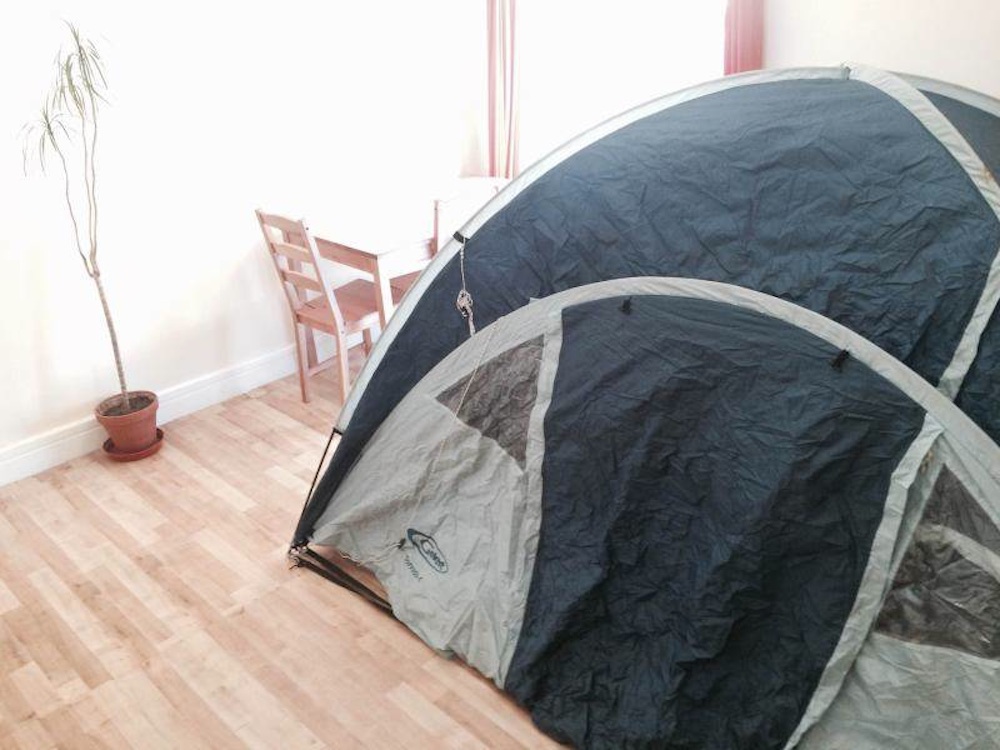 The rental market in London just gets stupider and stupider.

We’ve featured our fair share of ridiculous rental offers in London over the past few months, but this really might be the absolute peak. I’m not 100% sure if it’s actually serious because it’s so outrageously ridiculous, but having seen some adverts on Spare Room which are actually real I’m 50/50 on it.

It’s for a tent in a living room in a house in between Gipsy Hill and Crystal Palace. Here’s what the ad reads, along with a couple of pictures: 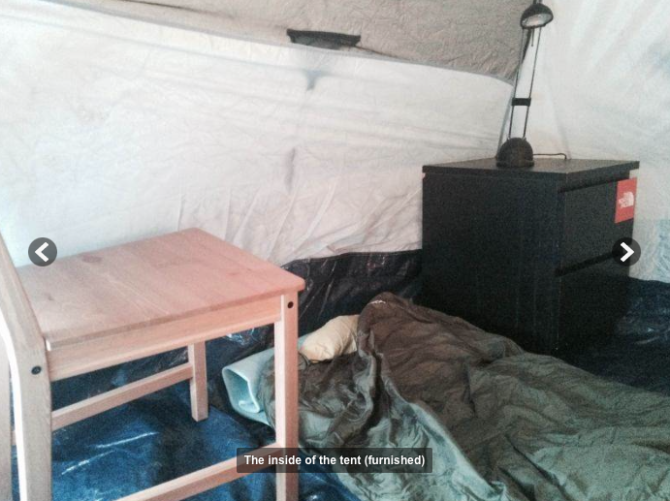 We have decided to rent out our living room as we never use it. There is still a dining table in there so we will still eat in there, so we have put a tent in the room for privacy, and we would only eat breakfast and dinner in the room.

The tent has been furnished with drawers, sleeping stuff and a chair. However during festival season I might need the sleeping bag for a few days and the tent but we should have a sofa by then which you can sleep on instead. There is a shared bathroom and kitchen and a communal garden.

We are located between Gipsy Hill and Crystal Palace. The room is 550 a month plus bills which are about another 80. 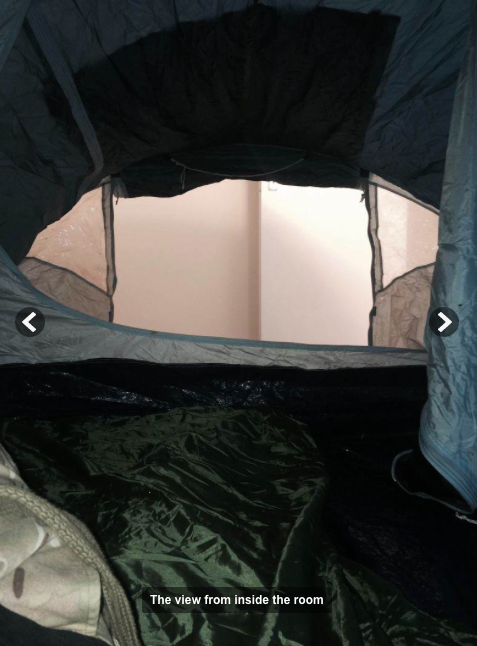 Wow. Pretty sweet deal huh? And look at that tent – spacious or what? But seriously, is this real or fake? The way the London housing market is going you wouldn’t bet against it, but it’s written in such a tongue in cheek way that you think the guy must be taking the piss. I mean he might take the tent to a festival – that’s your fucking room isn’t it? Or at least it’s supposed to be?

If it is, there probably aren’t many worse deals in London, except for this room that you can rent for £1 a month – only there’s one of the grossest catches ever.