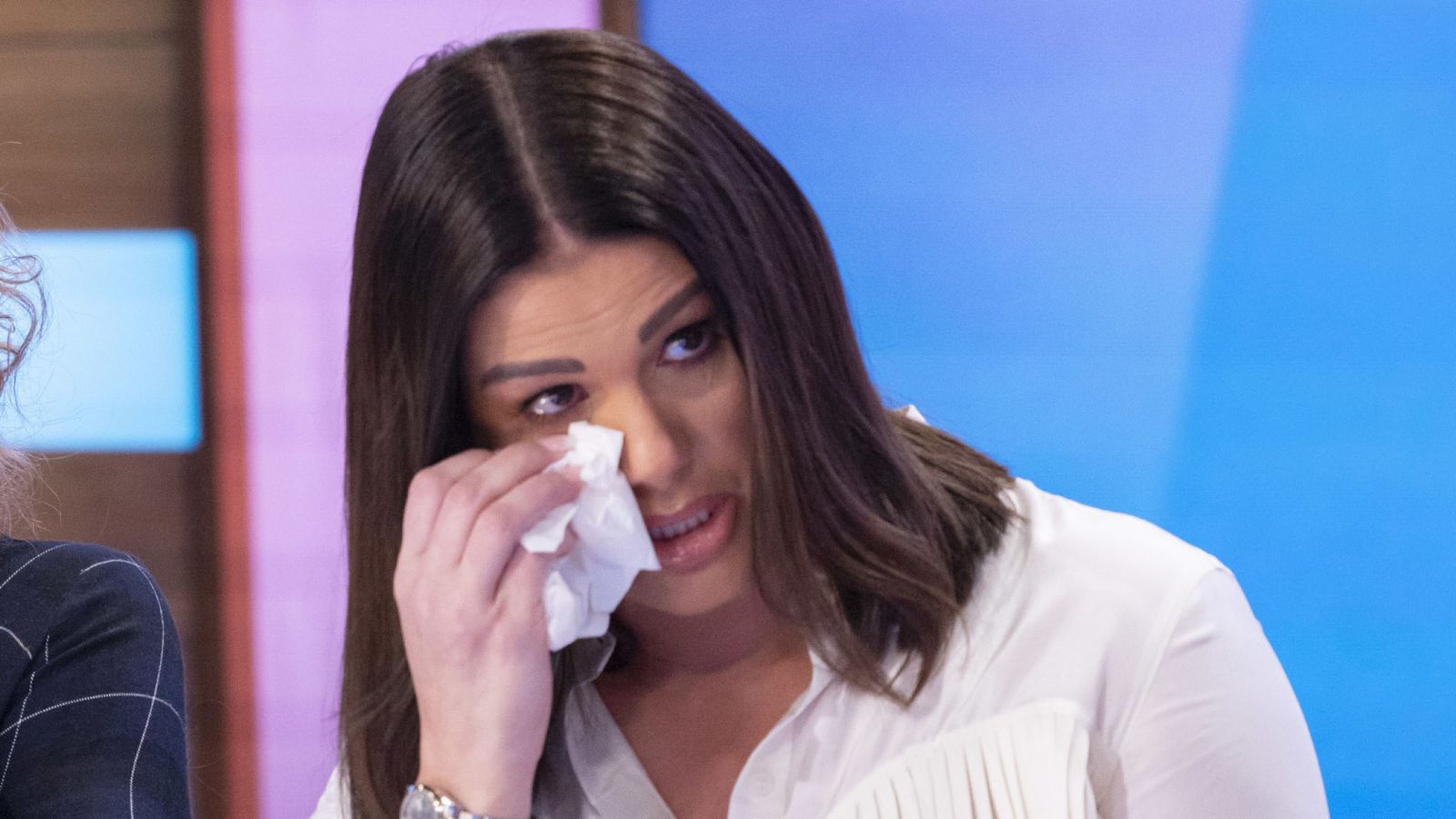 The Wagatha Christie saga between Colleen Rooney and Rebekah Vardy was completely bonkers last October and had everyone talking for a couple of days before the pair became embroiled in a legal dispute and disappeared from the headlines.

Most of us probably forgot it had even happened to be honest,  but we were reminded of it today when Rebekah Vardy appeared on Loose Women to talk about her experience. She couldn’t speak much about the truth of the matter due to an ongoing legal dispute with Colleen, but she did reveal that it was the worse experience of her life and led to her being hospitalised three times. Poor baby.

Anyway, here’s the interview and a transcript underneath:

I was in Dubai, we’d gone away on holiday to buy baby stuff.

We were just about to leave to go to dinner with one of our friends.

My manager messaged me saying, “You need to see this.”

I don’t think I was prepared for what was to come.

I felt like I couldn’t go out with people just looking at me just questioning.. whether.. did she do it? Did she not do it?’

It was a hard time.

here were people finding her Instagram and sending horrible messages.

I think it’s hard for the kids, you can only say to them, “Don’t read it, not everyone likes you and not everyone’s going to be your friend and that’s okay”.

But to actually get that across to a 15-year-old is very difficult, they do read stuff. It’s human nature.

You can only protect them to a certain extent.

She found it difficult, we all did.

I mean yeah, I suppose that is a horrible time that she’s going through, but from what Colleen’s saying and for her to go public with something as outrageous as this then you she had to be pretty much certain right? And if that’s the case – and I kinda believe her – then Rebekah deserves everything she’s getting for being such a weird and malicious bitch in the first place. #IBelieveColleen

Anyway, it seems like this is going to be resolved via the legal route one way or another in the near future so hopefully we’ll get to the bottom of it then. There’s no way this is the final chapter.

For more on Rebekah Vardy, check out whose side the WAGS are on in the Rooney/Vardy beef. The battle lines have been drawn.