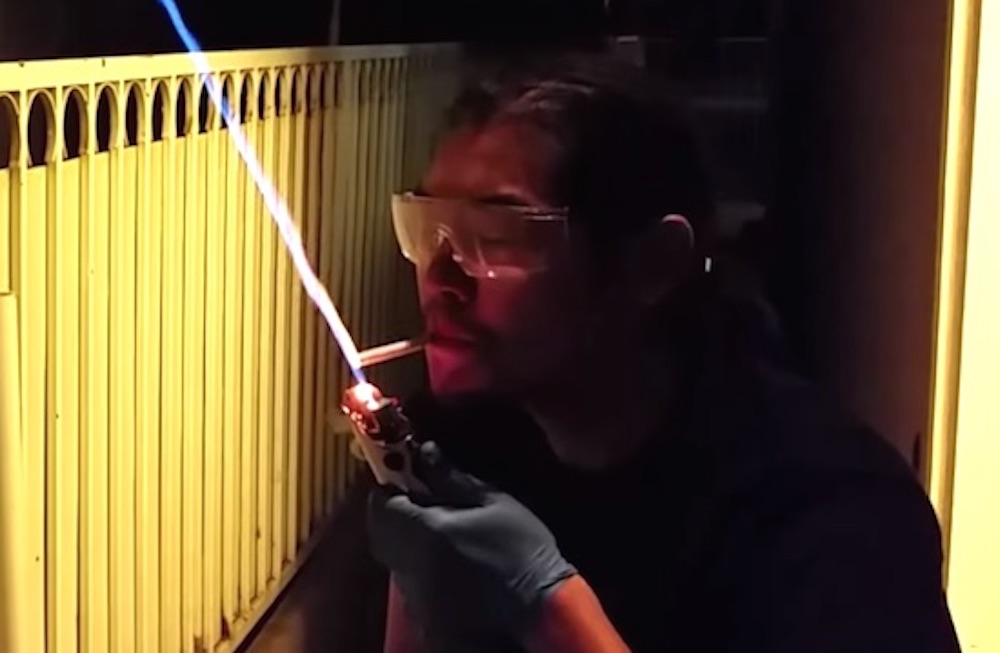 Star Wars hype might have peaked last week when the movie actually finally got released, but some people had been preparing for this moment for years.

Although for most people that probably just meant they had rented a costume or something, this dude in the video below spent all year making a real life lightsaber – complete with sound effects – and then used it as a cigarette lighter. You know you’re going to look sick rocking up to the premier and lighting all the girls’ cigarettes with that piece of kit, right?

Unfortunately there isn’t much info about him or how he made it – or where I can get one – other than what you see in the video and the fact that he uses a 3D printer to make it. Duh.

You can’t deny how completely and utterly sick it looks – especially with the sound effects and the fact that it’s actually dangerous and can hurt people makes it even cooler. Just need this dude to mass market them instead of just messing around on his balcony with them now.

If you need to get any more hyped up on Star Wars, then check out Bad Lip Reading’s epic take on the original movie.