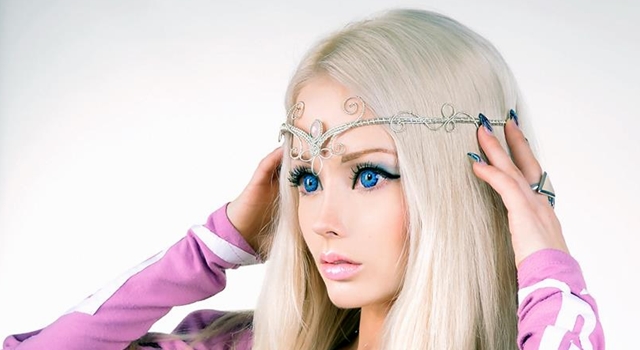 We’ve featured Ms Lukyanova the living doll before. She just keeps getting more bonkers. Here’s a vid of her explaining how she’s going to stop eating food for good

Here at Sick Chirpse we like to keep up to date with Valeriya Lukyanova the “real life Barbie”. Why? Because she’s completely nuts. It’s pretty weird trying to make yourself look like a living doll in the first place, but that’s just the tip of the iceberg.

Recently in an interview with International Business Times (yeah, I have no idea why they asked her for an interview) she came out with her next wacky plan. In an attempt to stay stick thin (should that be sick thin?) she’s decided to stop eating. 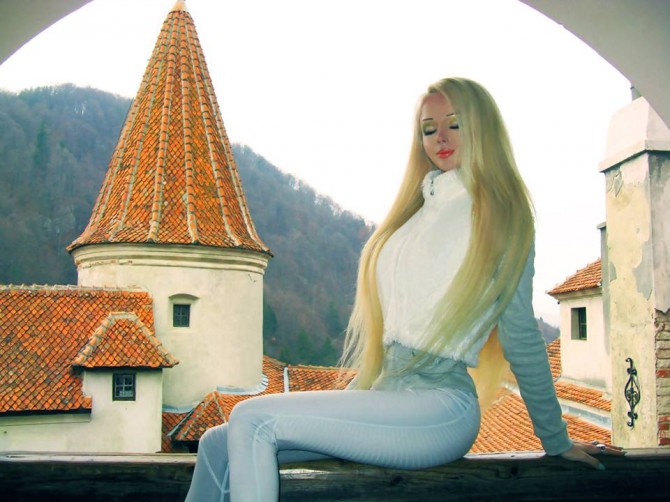 She’s not the only person to have ever tried this before. It’s called Breatharianism, and these people reckon they can live without eating or drinking anything. They survive off hippy-chakra-xen-energy or whatever. Of course they can’t really, it doesn’t work like that.

Plenty of believers say that they can, but they are either mental or liars, or both. For example, I found this amongst the Darwin Awards a while back – Verity Linn, 48, was adhering to a 21-day spiritual cleansing course in the Highlands of Scotland. This particular course involved no food and drink for seven days. She was then to continue to abstain for two more weeks with the addition of sips of water.

Linn died from hypothermia and dehydration, aggravated by lack of food. Obviously. The founder of the cult said that Verity’s death was not due to physical need for food. Rather, it was a failure to satisfy spiritual needs brought about by a battle with her own ego. LOL. 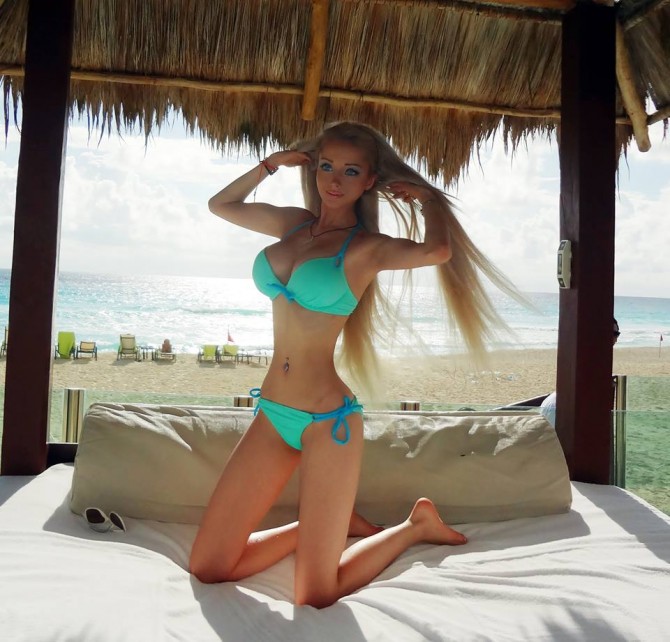 Anyway, I digress, so here’s what Lukyanova has to say for herself: “In recent weeks I have not been hungry at all… I’m hoping it’s the final stage before I can subsist on air and light alone”. To keep her waist as ridiculously thin as it is she probably only ate dust and twigs before this, so I guess it’s not much of a change for her.