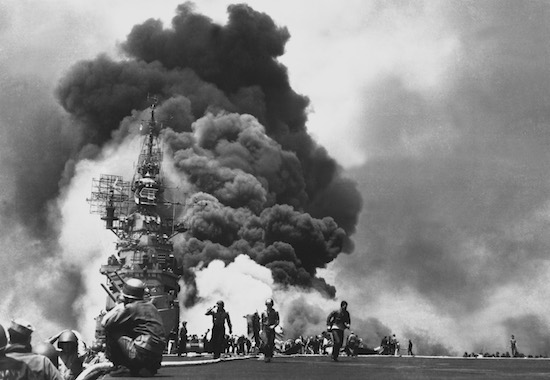 The notion of a kamikaze attack is somewhat crazy to me – I can’t imagine sacrificing myself to try and further the goals of my army, especially when there’s no guarantee that my sacrifice would even mean anything – but nevertheless it’s been a part of Japanese culture for a long, long time now.

I don’t think I appreciated the full horror of such actions and how they were literally impossible to defend against as well until I saw the rare footage below. It comes courtiers of the Smithsonian Channel, and tells the story of April 6th 1944, when the Japanese intentionally crashed over 1900 planes in kamikaze suicide attacks, sinking loads of US ships and killing over 5000 soldiers.

Damn that was intense and as the video says, pretty goddamn inhumane too. Makes Dunkirk look like a walk in the park to be perfectly honest.

For more of the same, check out these colourised photographs from WWII. Like you’ve never seen it before.