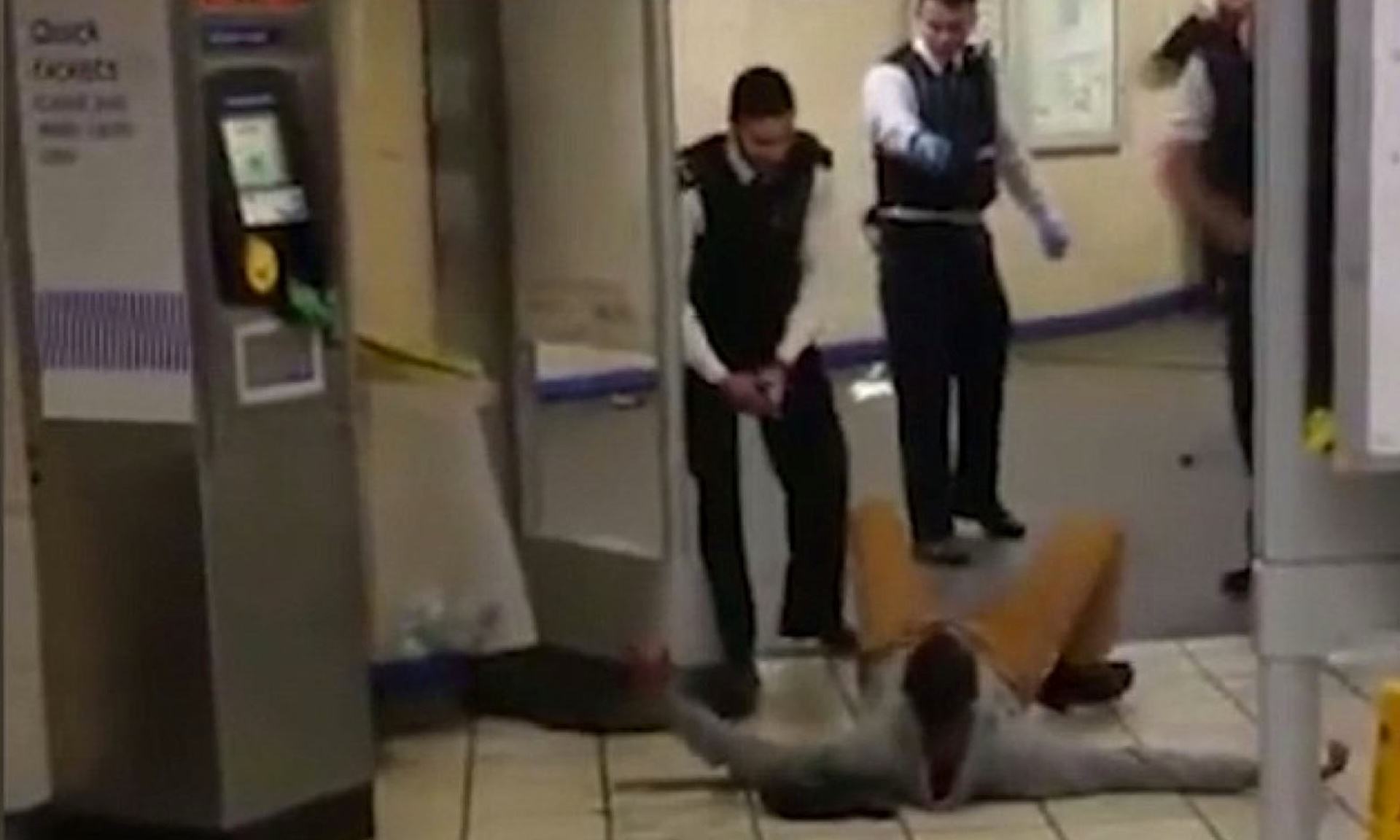 The rapper who filmed the terrorist attack at Leytonstone Tube station last night has been using the attention garnered from the horrific events to promote his own music. What a bellend.

After tweeting the two links to the videos that ‘Big Tobz’ had recorded (the footage is of a sensitive nature so don’t watch it if you’re likely to be affected by it):

He decided to tastefully follow those tweets up with ‘part 3’, which was actually a link to his own music video:

And as if that wasn’t already bad enough, he also thought he might try and cash in from the journalists firing questions at him:

Meanwhile, an elderly man is lying in hospital with a slit throat after he was attacked by the suspected terrorist. Another man is also recovering from injuries that were sustained during the attack.

When people who weren’t journalists tweeted Big Tobz asking for information about the incident, he again responded with a link to his own video:

Some people were understandably a bit peeved by his shameless self-promotion and criticised the rapper for trying to take advantage of the situation. Big Tobz decided to take a few seconds out of his busy schedule centred around exploiting social media and national fear to compose the following tweet:

I can see, at a very wide stretch of the imagination, he might vaguely, just about, sort of have a point. But regardless, it’s still a dick move. Most people know better than to try and make a quick buck out of something as tragic as this.

Or at the very least they’ll show some respect while doing it so as to avoid coming across as a total ass-hat. Not Big Tobz though.

I decided to jump on the bandwagon and see if I could get some promotion out of him too, since that’s acceptable now apparently. I thought I’d asked him what he’d say to his haters:

Just ask them if they know my style https://t.co/jdFA7pmYD0

Apparently saying ‘uno my style’ for 3:47 minutes and then rapping for the remaining 17 seconds makes you a rapper nowadays, personally I think he’s almost as bad as this guy.