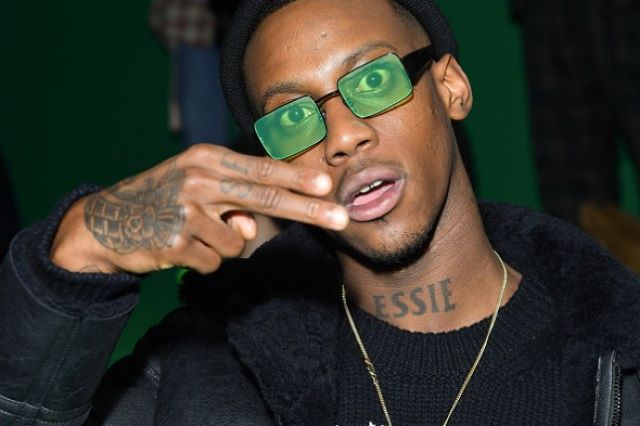 “After pressuring me to get an abortion he attacked me for the first time, kicked me in the stomach, burst my lip, attacked me with a hammer and threatened to kill me.”

British rapper Octavian has been accused of physical, verbal and psychological abuse by his ex-girlfriend Hana (@emobaby4real) who appears to have the receipts to back up her claims.

Hana shared a statement on Twitter and Instagram saying Octavian attacked her with a hammer and screwdriver, threatened to kill her, and pressured her into having an abortion.

You can click through her statement and images of her wounds below:

If that’s too small to read, here’s the key part of Hana’s message detailing the abuse:

The first instance of physical abuse came shortly after I fell pregnant with his child. After pressuring me to get an abortion he attacked me for the first time, kicked me in the stomach, burst my lip, attacked me with a hammer and threatened to kill me. I was shortly later asked to sign an NDA in attempt to “gag” me for 20k, which I didn’t sign.

I was frequently kicked, punched, strangled and dragged out of the house with my clothing or hair, he would smash furniture and threaten me with a bat, or attack me with other items like a screwdriver.

24-year-old Octavian, who won the BBC Sound of 2019, denied the allegations on his Instagram stories, writing:

Liars can’t lie forever. Someone waits, does that right before my album to try ruin my life and I’m the bad guy… Kmt. The truth is coming. Don’t beg friend after.

Kmt… all this just cause I broke up with a girl. Evidence that the girl is obsessed and will never let me alone or let me win coming soon.

I will not speak without evidence. What u are witnessing is real life abuse. Good will win.

Octavian’s publicist isn’t yet convinced of his innocence, telling Metro:

After these allegations have come to light, we have stopped all work with Octavian as we cannot condone, nor support abusive behaviour.

Even Dua Lipa took to Instagram to denounce the rapper, sharing numbers of domestic abuse charities alongside this message:

F*** Octavian. For anyone who is suffering from domestic violence/abuse here is some info that might be of some help. Don’t be afraid to speak up and ask for help.

Hana also noted an interview Octavian had with DJ Semtex about his song ‘My Head’, which she alleges is about his fantasies of killing her. During the interview on Spotify’s Who We Be Talks podcast, Octavian had said:

I was breaking up with my girl, my girl was in the studio… I was writing these lyrics. Everything on that track is about a moment. It’s very basic, exactly what was happening in that time. All these dark thoughts I had in my head.

The song features the lyrics: “Been thinking bout killing you baby, you fucking bitch”. Lovely…

Not exactly ‘Kim’ by Eminem, is it?

Anyway, if you saw the photos on Hana’s IG above, then you’ll probably agree it’s not looking good for Octavian. Hana also shared a couple videos on her Stories – one which showed her crying and screaming while tussling with an unseen person, and another with shows Octavian sat on a sofa saying he would “beat the shit out of you because you’re a fucking c*nt”. Charmer of the century or what?

With debut album ‘Alpha’ set to drop tomorrow, could Octavian be the next “victim” of cancel culture? You would think so, except someone like Tekashi 69 is still monstrously successful even following allegations of rape and child abuse, so who knows? In fact this story hitting the papers the day before his album drops will probably help sales, ironically enough.

But what will it mean in the long run for the UK rapper co-signed by Drake and who has collaborated with artists including Skepta, Future, Diplo and Gorillaz? Imagine throwing away such a promising career because you can’t stop yourself from beating up women FFS (allegedly).

Apparently Octavian is set to share proof that these allegations are false, so let’s see where he goes with that. Meanwhile, it looks like Hana is living the good life on vacation in Dubai, so that’s good. You go girl!

For the woman who stabbed her boyfriend after he texted her ‘Happy Birthday’ instead of ringing her, click HERE. Take note, fellas.