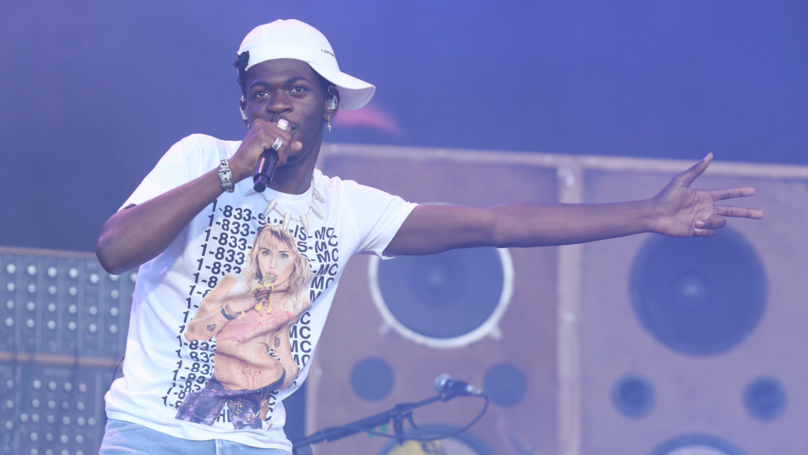 You’re probably aware that the world was celebrating pride month all last month as rainbow flags were pretty much everywhere you looked and we’re all the better for it as the world becomes more accepting of the LGBT community and those in the closet are encouraged to come out.

Case in point is rapper Lil Nas X decided to celebrate the event by revealing his sexuality on Twitter on the last day of pride month. Lil Nas X took to the platform yesterday to make his announcement, cryptically telling people to listen to his new single C7osure and ‘really listen to the lyrics’.

If you take a listen to it, it’s fairly obvious that he’s trying to tell us all that he’s gay and fair play to him for erasing any doubt from something that he already thought he had made perfectly clear:

Yeah, think he’s making that pretty obvious isn’t it? Pride flags pretty much everywhere right? Respect to Lil Nas X for taking the steps and doing that again – hopefully his openness about his sexuality helps out other people who are struggling to come to terms with themselves.

For more of the same, check out these gay penguins kidnapping a baby fro his straight parents. Legends.