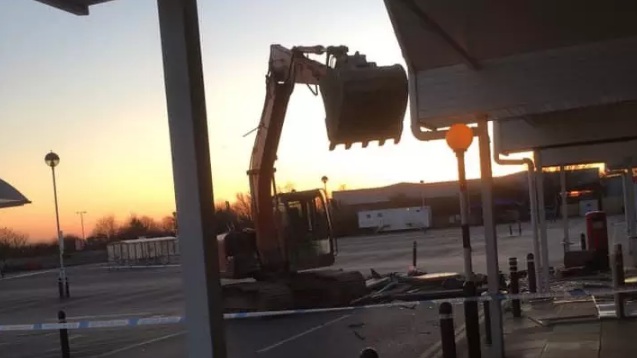 If there’s one thing that I’ve said quite a bunch in the past couple of weeks it’s that there are people out there who are seeing the Coronavirus as a way to make some money and nothing else and this is perfectly illustrated in the video below of some dickheads using a digger to ram raid a cash point at a Tesco in Dover.

The store in Whitfield, Kent is thought to have been targeted in the early hours of Monday morning. The digger smashed two ATMs out of the wall which were then placed into the back of a truck that was flanked by two other cars as they made their escape, ramming several police cars in the process.

Since then pictures have appeared on social media showing the digger abandoned outside the shop and the ATMs ripped from the wall. Here’s what a statement from Kent Police said about the incident: 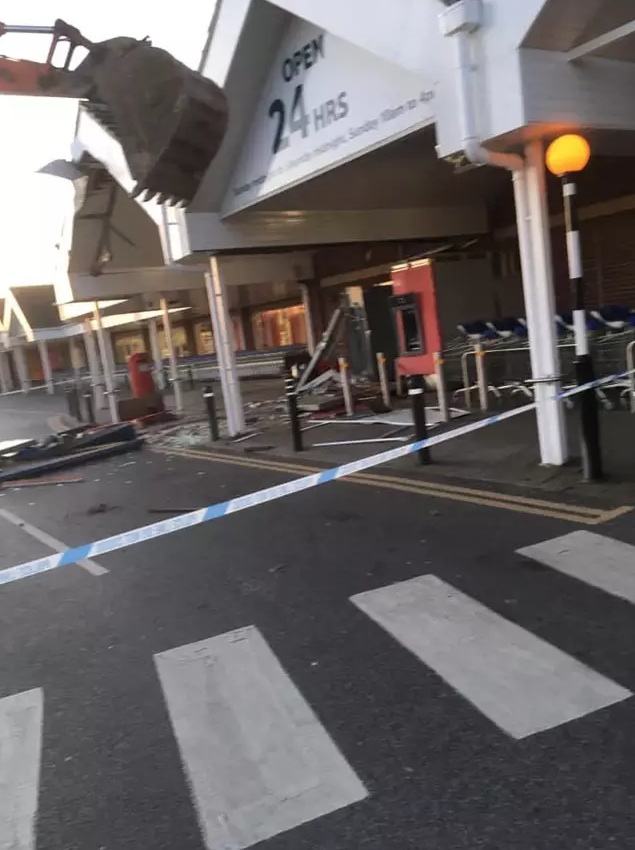 Kent Police is appealing for witnesses after cash machines were stolen from a supermarket in Dover.

A digger is reported to have been used to remove two ATMs from a wall at Tesco in Honeywood Parkway, Whitfield at around 12.30am on Monday 23 March 2020.

The machines were loaded onto a flat-bed truck, which was driven in convoy with two Mitsubishi Shogun vehicles.

Two police vehicles which attempted to stop the group were rammed and damaged in Old Park Hill, Dover. No serious injuries were reported.

Significant damage has been caused and detectives from the Kent and Essex Serious Crime Directorate are carrying out enquiries to locate those responsible.

Anyone who witnessed the incident or has CCTV or dashcam footage that may assist the investigation is urged to call the appeal line on 01622 604100, quoting reference 46/52654/20.

You can also call the independent charity Crimestoppers anonymously on 0800 555111 or complete an online form at www.crimestoppers-uk.org. 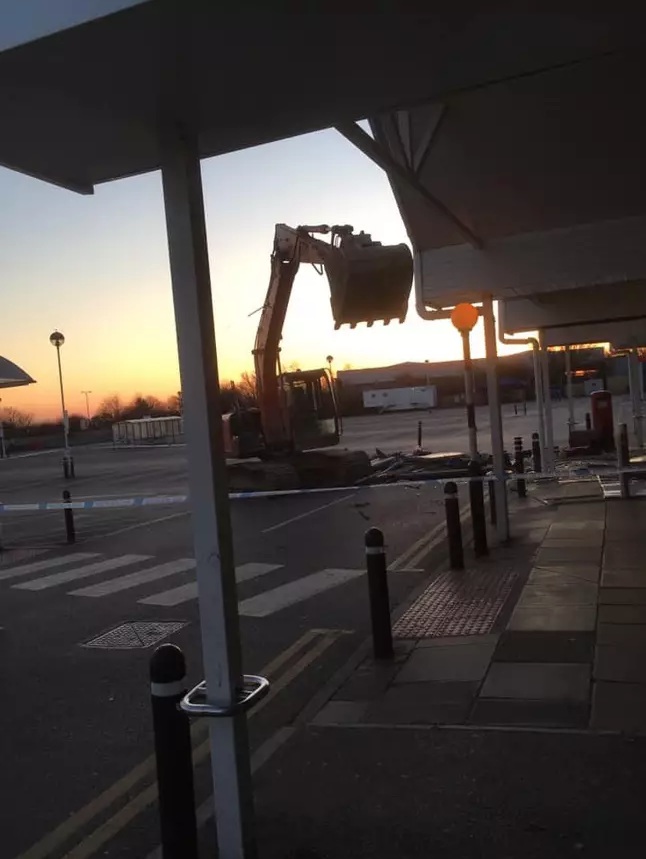 I mean I suppose you have to hand it to the thieves for being smart enough to know that this was probably the most vulnerable time to target a Tesco ATM, but you also have to realise that they’re complete and utter pricks for pulling off a crime like this when the country is pretty much on its knees. I guess you can always count on the Brits to look after number one if this hadn’t been illustrated through the whole Brexit thing and the whole going out en masse to the park over the weekend when we’re supposed to be social distancing. Least we’re consistent I suppose.

For more of the same, check out when 348kg of cocaine was found in a digger. Crazy.