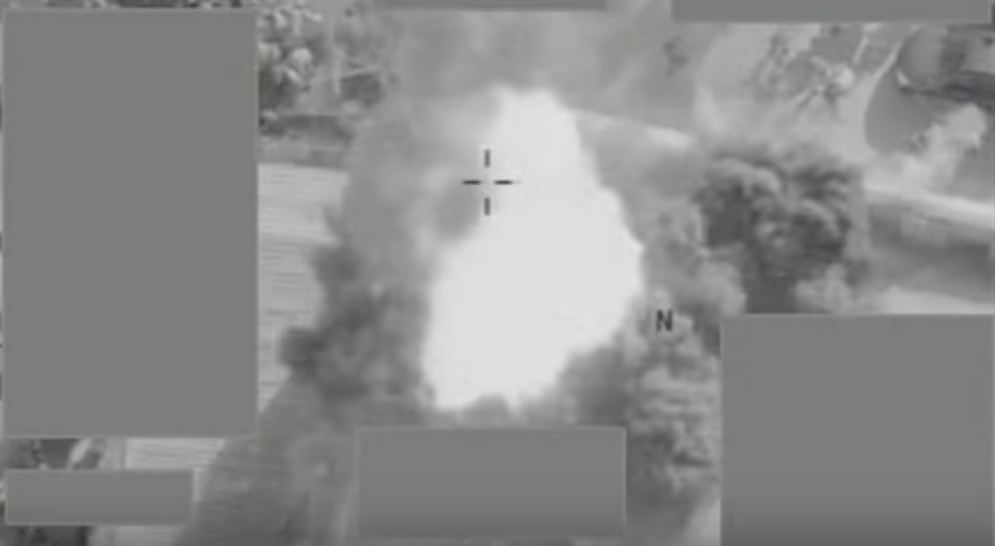 The usage of drones in wartime situations has been controversial ever since their first introduction, but when they’re able to produce results like the one in the video below, I can’t really see why people are always so negative about them.

In the video, ISIS are preparing to execute some prisoners in the Syrian town of Abu Kamal, where civilians are forced to attend at gunpoint. A van drives up and two shackled prisoners are shown to the crowd, before a drone operator located in RAF Waddington in Lincolnshire drops a missile on a sniper surveying the scene from his Reaper drone.

This caused the crowd to scatter in panic and avert the execution, without causing any civilian loss of life. Job well done.

Air Commodore Johnny Stringer, commander of UK air operations in Iraq and Syria, said the following about the operation:

The individual whom we engaged was a sniper in over-watch to shoot civilians who sought to move away from the execution, let alone to protect the planned execution itself.

That particular example for us very much brought it home because civilians had been herded in, forced literally at gunpoint, to go and watch this going on in their hundreds.

Well said. It’s also been revealed by Stringer that drone pilots will now also be awarded military medals for their endeavours, as it was determined that the instant life or death decisions that drone pilots have to make can have a serious psychological toll on them and that this should be recognised.

For more drones, check out this guy using a drone to pick up a takeaway KFC.