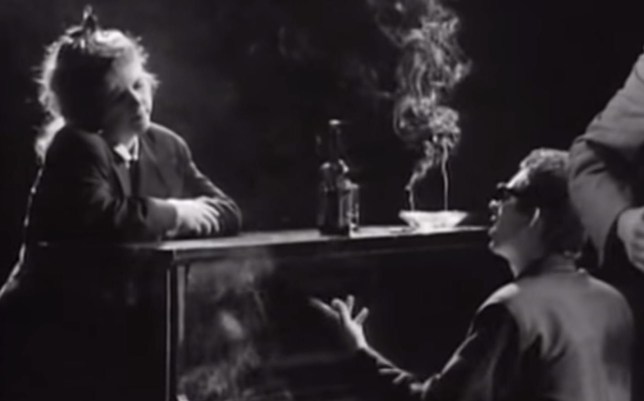 December 1st has come and gone which means that we’re now legally allowed to listen to Christmas songs without at least one person in the immediate vicinity turning their nose up at you, but it also means that you’re probably going to have a debate on whether or not it’s OK to listen to The Pogues’ classic ‘Fairytale Of New York’ because of its ‘questionable’ lyrical content.

Personally I think it’s probably OK to play it – sure it’s not that nice to use that word, but the song came out 35 years ago and it was a different time and it’s a stone cold banger – but one guy who definitely doesn’t agree with me is Radio Solent DJ Alex Dyke. Dyke originally posted the following tweet – which has since been deleted – before going on to the air today and outlining his reasons why he would be refusing to play the classic this year:

I hope I’m not going to ruin your Christmas, but I’ve decided that I am no longer comfortable with playing Fairytale of New York by the Pogues and Kirsty MacColl.

I just find the Pogues’ Fairytale of New York a nasty, nasty song.

I think it should be banned, I really do, so I won’t be playing this record on the radio of this Christmas.

‘I just think that this guy, this toothless drunk, ruining the romantic image of New York city with a song about heroin is not on.

I don’t like the lyrics ”you’re bum, you’re a punk, you’re a slut on junk” – I think that’s absolutely awful.

I don’t like ”you scumbag, you maggot, you cheap lousy f****t” – I find that offensive, I find that an offensive pile of downmarket bilge.

Well, tell us how you feel there Alex. It’s kinda weird that he’s only saying this now when he’s a 57 year old man,  but I suppose we can just assume that the era of wokeness has claimed him too.

The response to the radio station has been a mixed bag at the moment, with some people bigging up Hyde for his decision  but others calling him a miserable old git for his decision. Seems unlikely that there’s ever going to be a universal opinion on it though, so everyone should probably just let it be for now or just wait another 50 years before when everyone might have finally forgotten about it. Probably the only solution really.

For more of the same, check out Shane McGowan’s new teeth. Spectacular.