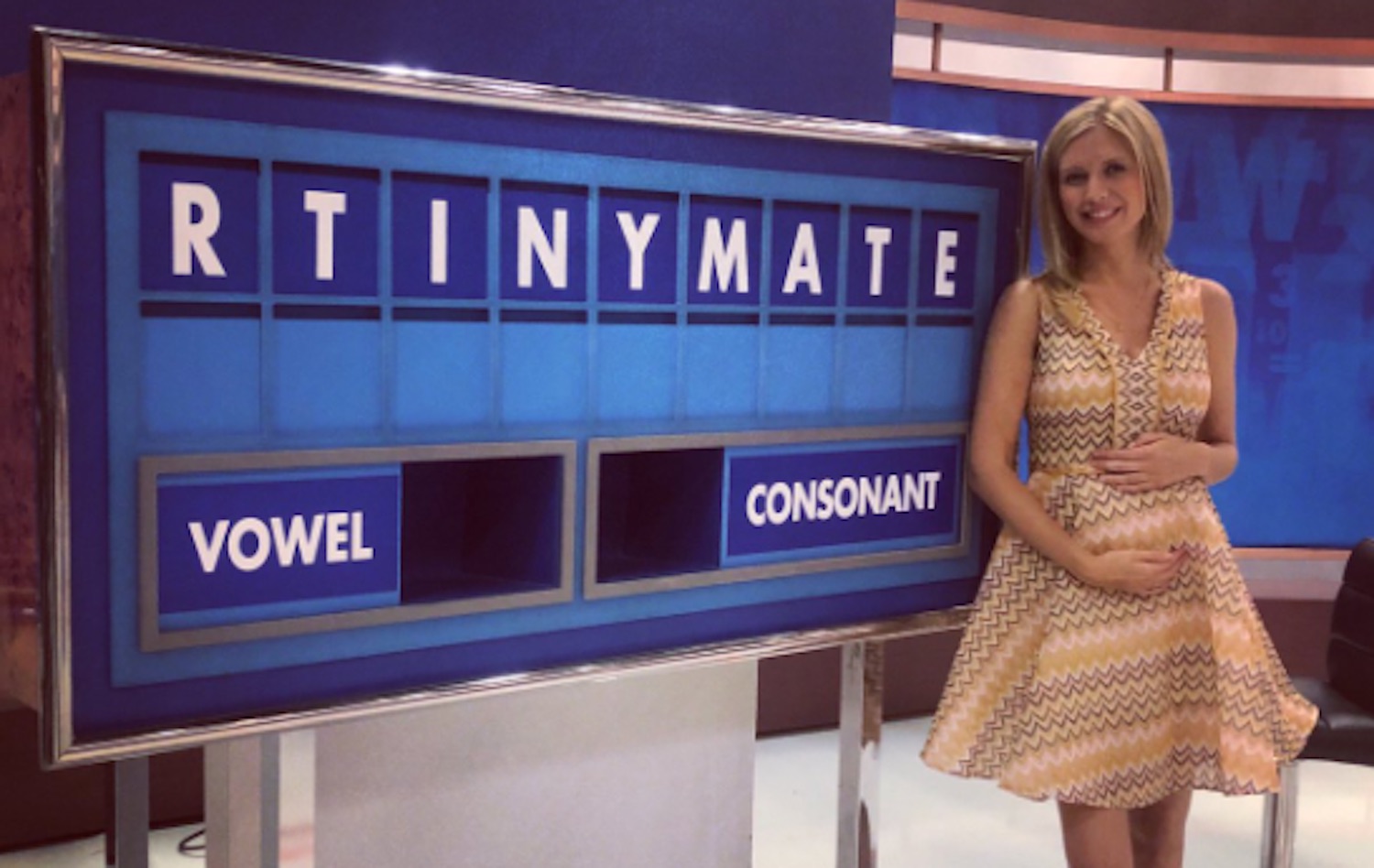 Rachel Riley is no doubt the apple of a lot of nerds who spend their days watching Countdown’s eyes, but unfortunately for them she’s decided to completely and utterly break their hearts by announcing she’s having a baby on Twitter.

Sure, we all know that she’s been dating Strictly Come Dancing’s Pasha Kovalev in 2013 when they were paired up on the competition, but you always think they might break up or that you’ve got a chance as long as they’re not married or there’s not a baby involved. That’s no longer the case though, as Rachel took to Twitter to break the news and thousand of geek hearts all over the country crumbled:

Yeah, I spent ages trying to descramble that word too, but no I think it just stands for R’s (Rachel’s) tiny mate, as in a baby. Cute if you don’t fancy the pants off her I guess.

Anyway, there are plenty more girls out there for the incels among us to gawp over and to be honest, Rachel Riley isn’t that great anyway. In fact, it was only recently that people were accusing her of being one of the nastiest trolls on the internet. Do you really want to end up with someone like that?