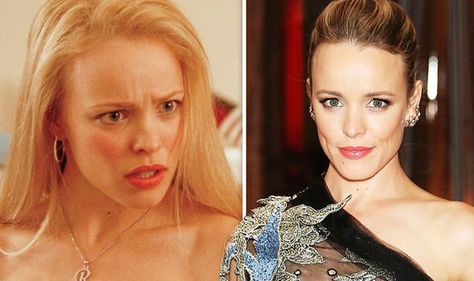 As far as teen movies go, 2004’s Mean Girls was probably one of the best ever made, and despite lead star Lindsay Lohan clamoring for a sequel in the years since, it’s never materialised (well actually, there was a Mean Girls 2 in 2011, but it was terrible and featured none of the original cast so everyone just pretends it didn’t happen).

Anyway, it looks like we may be inching closer to a real Mean Girls reunion after Rachel McAdams mentioned she’d love to return as adult Regina George during an interview she gave this week for the ‘Heroes of Health: COVID-19’ livestream:

It would be fun to play Regina George later in her life and see where life took her.

It’s really bizarre. I feel really lucky to have been a part of something that’s stuck around, even a little bit. That was never anything I imagined happening in life. So yeah, it’s strange and surreal still.

That’s pretty much begging to sign on the dotted line, right? Lindsay Lohan also reminded everyone she’s desperate for it during a recent interview with David Spade:

I think I was hanging on to [Mean Girls] for a really long time. I wanted to come back with a Mean Girls 2. To work with Tina [Fey], and the whole crew again, and [director] Mark Waters. That was really what I wanted. I was excited to do that. But that’s all in their hands, really. So that would definitely be an exciting thing.

Well there was no way Tina Fey and Mark Waters were gonna make the movie happen just because Lindsay Lohan said so, but now that the Queen AKA Regina George is back in the mix, it’s a far more realistic possibility.

As for what a grown-up Regina George would be like, well, that would be interesting like she says. All I know is that a leopard never changes its spots and so you can guarantee she’ll still be a grade A bitch. In fact I bet she grew up to become a millionaire reality TV housewife with a dodgy boob job and toyboy on the side.

What about Karen and Gretchen? Did the latter finally make ‘fetch’ happen? Probably not. But I think we’ll be seeing the return of the Plastics sooner or later regardless.

For the high school girl who fed her fellow classmates semen cakes, click HERE. Regina would be proud.