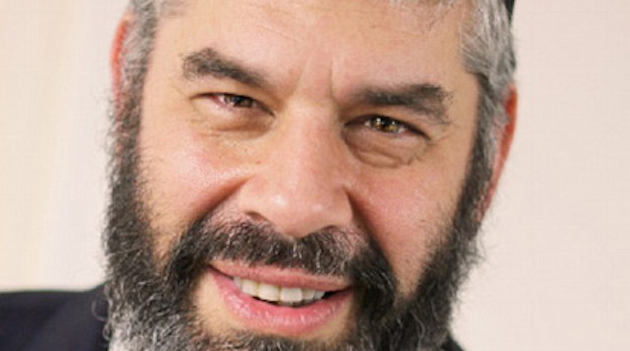 Way to slip at the vital moment dude.

Ouch – if you’re a Jewish baby with no idea what’s going on then you had better hope that your parents pick the right Rabbi when they’re getting you circumcised or you could end up like this guy, who unfortunately got his dick cut clean off during the bris ceremony earlier this year at The Tree Of Life Synagogue in Squirrel Hill, Pittsburgh.

The culprit was a Rabbi who had been performing the procedure since the early 1990s named Mordechai Rosenberg, who hasn’t released a statement concerning the incident and why it happened, but you can assume he probably got the shakes or something. Since the incident, Rabbi Mordechai has continued to practice the bris, explaining ‘I am trained in this and the case is a tragic accident and a horrible situation’. I guess it’s OK for him to say that because he didn’t get his dick cut off before he even got a chance to use it.

The baby himself was rushed to hospital where emergency microsurgery was performed which managed to reattach the severed penis to the baby’s groin area. The surgery took eight hours and seemed to be successful, although the baby had to spend a further two months in hospital following this and was also subjected to leech therapy because leeches help a body accept reattached parts by promoting blood flow and tissue regeneration. Eww. But hey, at least the kid won’t ever remember any of this. Unless he finds this article in 10 years time.

It’s unsure how the kid’s dick will develop though and if he’ll be able to use it effectively in the future. The doctor who performed the surgery  wasn’t available for comment but a plastic surgeon named Dr. Joe Losee explained the kid’s prospects: ‘Sometimes, it doesn’t always work.When you’re reattaching a portion where you include nerves, sometimes the nerves don’t heal well beyond where you reattached it. So there are limitations for sure’.

â˜› More Penises: Which Country Has The Biggest Penis?