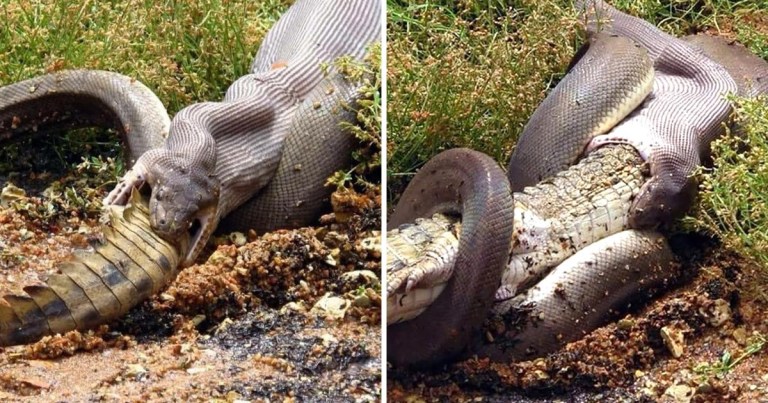 It’s a dog eat dog world out there in the jungle – or should we say it’s a python eats crocodile world?

It seems like that happens all the time out there judging by these latest pictures that were taken by kayaker Martin Muller over near Mount Isa in Queensland, Australia. In them you can see an Olive python – these batboys are active to Australia and have been known to grow as long as six metres and eat deer and porcupines – casually chowing down on a gigantic crocodile and swallowing it whole. No worries. 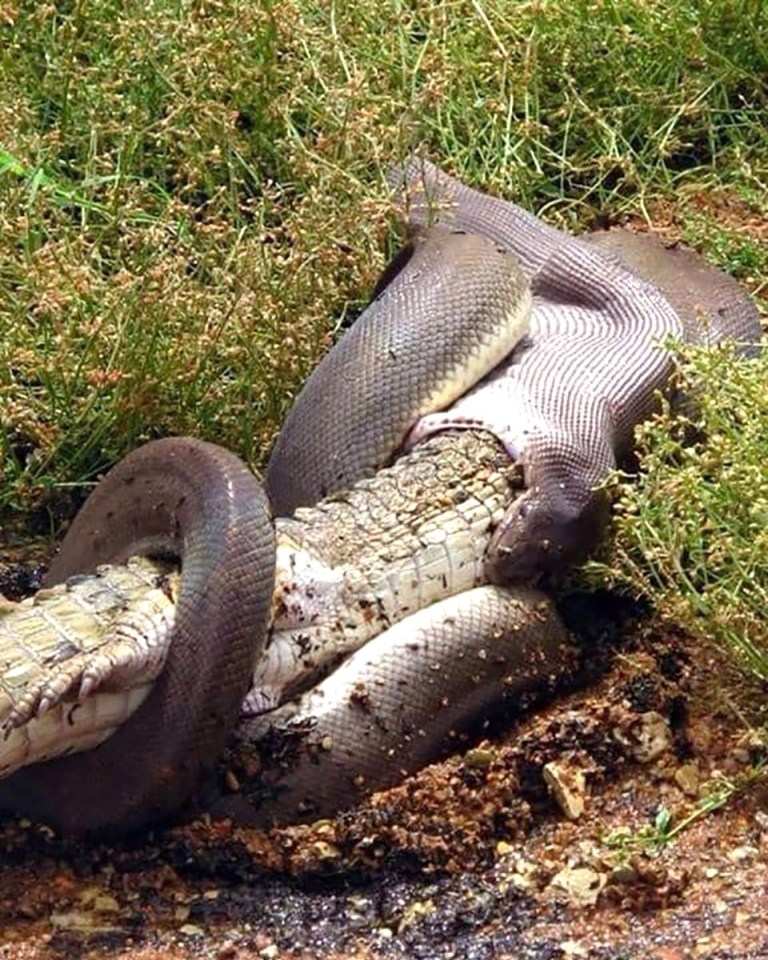 If you’re wondering just how this is possible, these pythons have a lower jawbone that is divided in two parts and connected by an elastic ligament, literally allowing them to spread their bones apart and devour creatures that are twice their body size. They usually constrict their prey until it’s dead and then slowly stretch their jaw out all over them by slithering up and down them in scenes that come sometimes take up to five hours. Probably worth it though when you look how tasty that crocodile looks right?

For more of the same, check out this missing man’s corpse being cut out of a python. Holy shit.