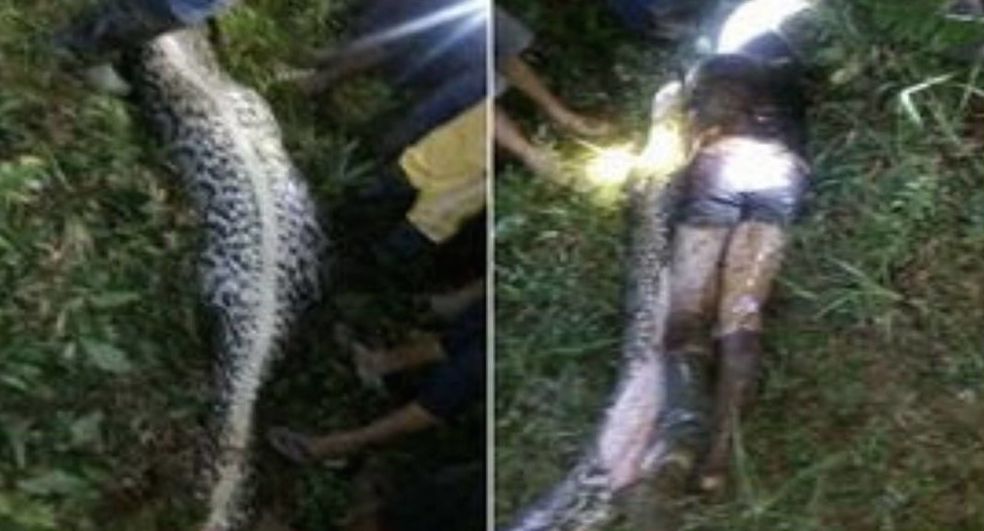 When it comes to dying, nobody really wants to do it, but getting eaten alive by a python has got to be one of the most horrendous ways to go.

This was the unfortunate fate that happened to 25-year-old Indonesian Akbar Salubiro, who left for work a couple of days ago and failed to return. A search party went out looking for him and discovered him in the body of a 23 foot python in his back garden.

The other villagers then had the unenviable task of cutting him out of the snake, in the footage that you can see below, although it isn’t really for the faint hearted. Village secretary Salubiro Junaidi said the following:

People had heard cries from the palm grove the night before Akbar was found in the snake’s stomach.

When the snake was captured, the boots Akbar was wearing were clearly visible in the stomach of the snake.

Residents cut open the belly of the snake and Akbar was lifeless.

What a way to go. If it makes you feel slightly better, it’s thought that the python suffocated Akbar before swallowing him, but even so that’s a pretty revolting way to bow out.

Thoughts go out to his family and friends and in particular his wife Munu, who was away at the time and so only found out about his death when the images were shared in the local media. Terrible.

For more snakes, here’s what a snake committing suicide looks like. Weird.