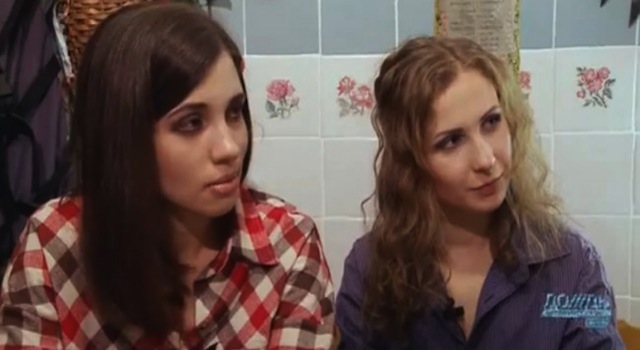 Definitely not the type of interview you want after spending over a year as a political prisoner – was this some kind of joke?

On Wednesday, Pussy Riot’s Nadya Tolokonnikova and Masha Alyokhina were released from prison under a Russian amnesty law that was likely implemented in this case to show Russia in a more favourable light pre-2014 Winter Olympics.

Pussy Riot’s first post-prison interview was conducted by “Russia’s answer to Paris Hilton” — Ksenia Sobchak, who asked them all the questions you’d expect a journo to ask two political prisoners who had just served over a year in prison for performing a “punk prayer” inside a Moscow cathedral.

â˜› Background Info: Here’s Why The Pussy Riot Members Were Sent To Prison 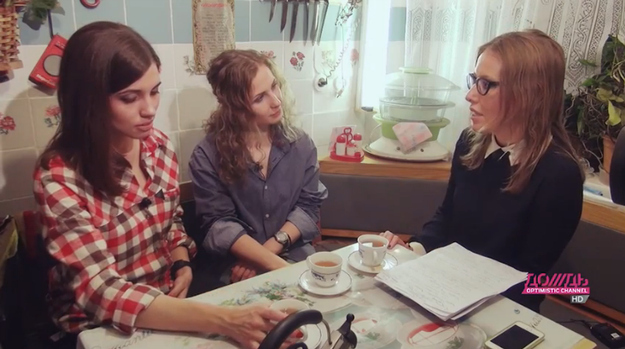 “You got out of prison famous and wealthy. So here’s the question: How much is the Pussy Riot brand worth?” (This was her first question)

“Doesn’t it bother you that even people who support you don’t like what you did?”

Masha: “We don’t do things so people will like it, we do things to make people think, and I think we more than succeeded.”

“I can’t not ask the most important question — what’s up with your eyebrows?” 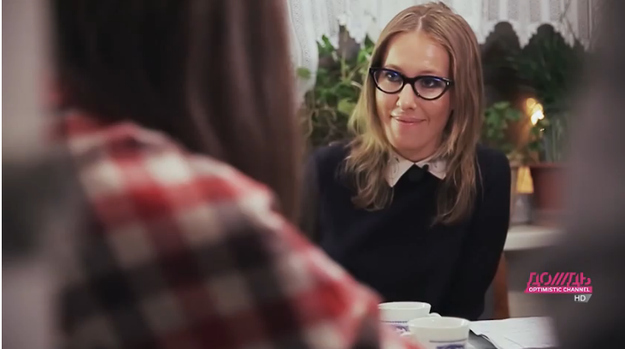