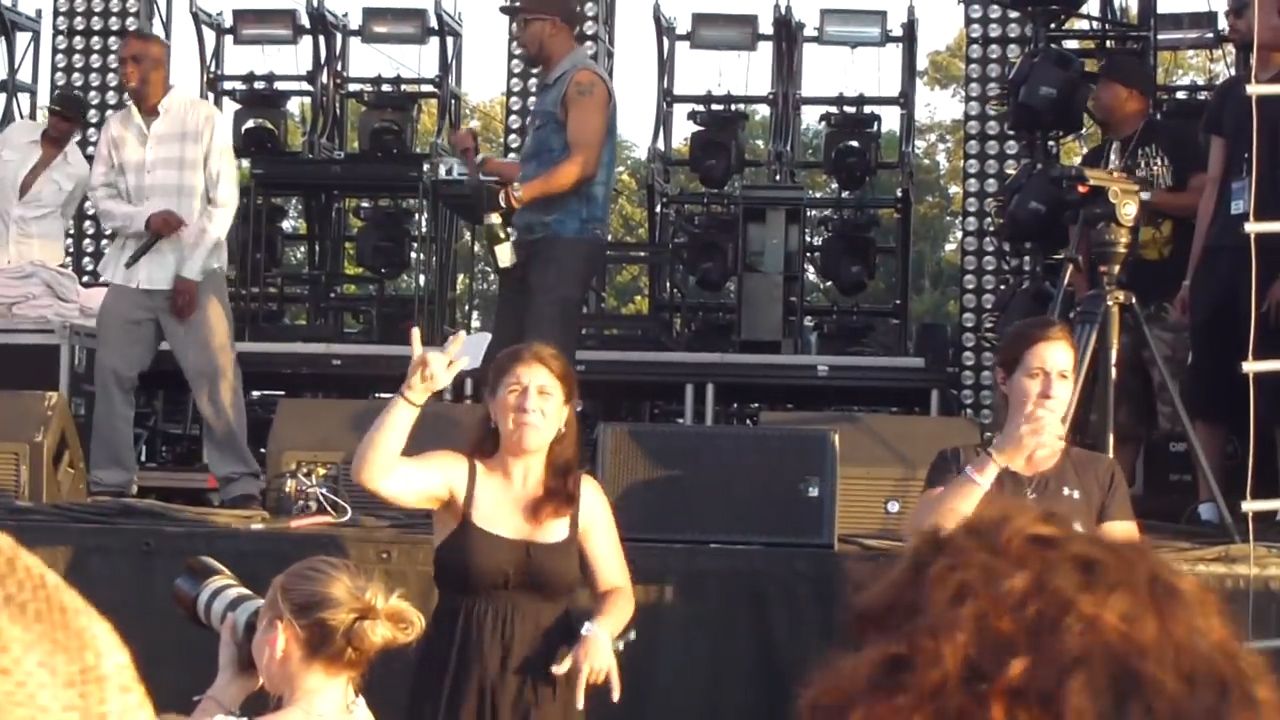 Public Enemy are known as one of the most forward thinking political rap groups out there thanks to their lyrics dealing with all kinds of socio-economic issues.

I don’t want to sound like a dickhead (cue comment saying “well you do”), but I never considered that deaf people would really enjoy going to concerts, mainly due to that scene from that Brad Pitt movie ‘Babel’, but it turns out they do and Public Enemy are anxious for them to have a good time. So much so that they’ve actually taken the step of employing a sign language interpreter so that everyone watching them who might not be able to hear the lyrics can accurately understand them:

What an absolute badass. Her name is Holly Maniatty and this footage comes from the New Orleans Jazz & Heritage Festival in 2014. No idea if Maniatty is still touring with Public Enemy – or maybe with Prophets Of Rage now Chuck D is busy with them – but I think it would probably be a pretty stupid move to get rid of her when she’s killing it as hard as she is in this video.

For more Public Enemy, check out when this dude had to give them a lift to their arena gig in a Ford Focus because they got stranded. Jokes.