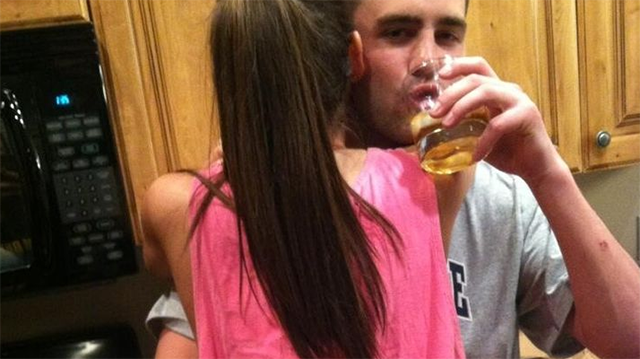 Some people don’t take break-ups very well, for example – the lady who cut off a tattoo with her ex boyfriend’s name on and sent it to him in the post.

Somehow that’s nothing compared to what this Theo Walcott-looking motherfucker did to his ex-girlfriend after she dumped him. He changed up his Facebook profile picture and details so that it appeared to be his ex-girlfriend Brianna’s, then made a bunch of racist posts about the riots in Ferguson and tried to pass them off as hers on the popular Tumblr ‘Racists Getting Fired‘, which is designed to expose racists to their employers. 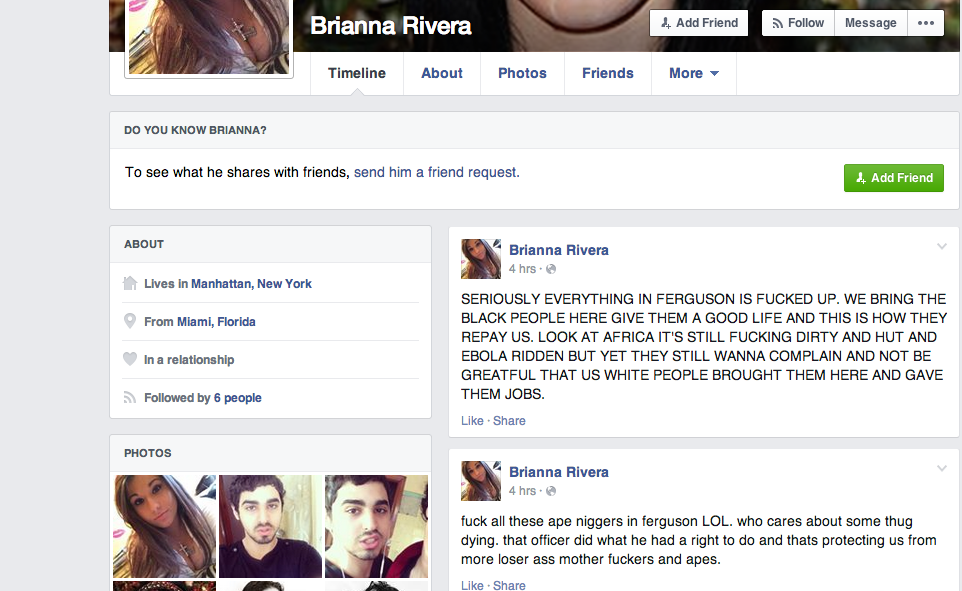 He neglected to cover his tracks though and a scroll through the supposed ‘Brianna Rivera’ profile revealed the man behind it: 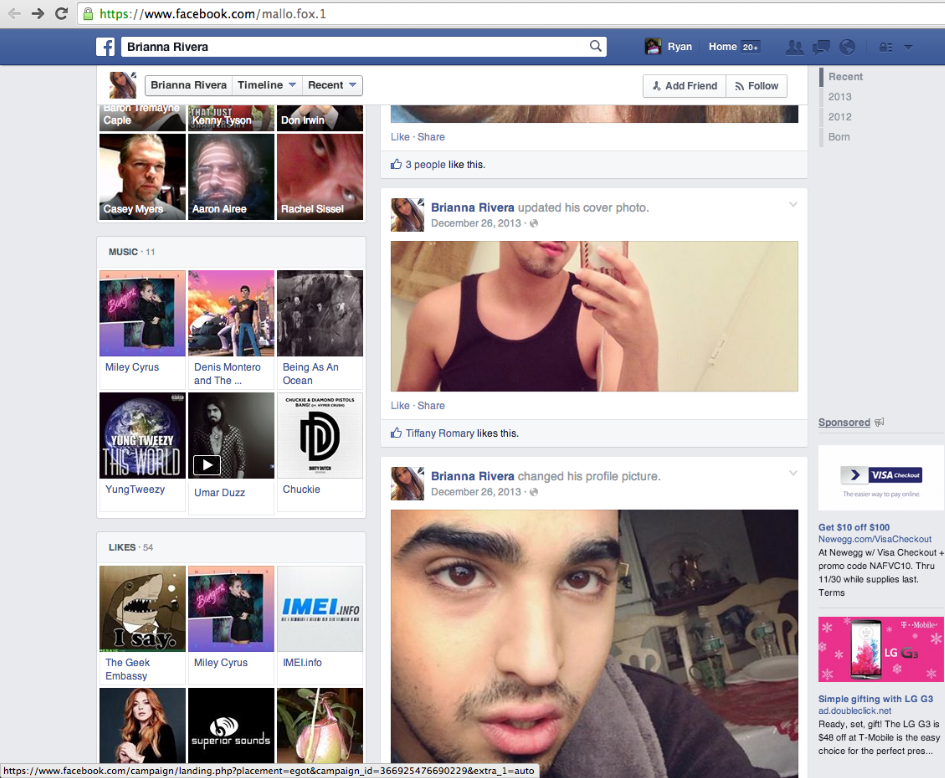 However, by the time the RGF Tumblr realised what was going on, the real Brianna was already being hounded and her workplace was getting loads of phone calls and Tweets demanding she be fired for the racist remarks.

Absolute nut job. Good thing it got cleared up in the end. If you’re fresh off a break-up and are plotting some similar fucked up, scandalous revenge on your ex, why not go for a jog to clear you head instead? You don’t want to be the person who ruins their ex’s wedding day out of nothing but spite.