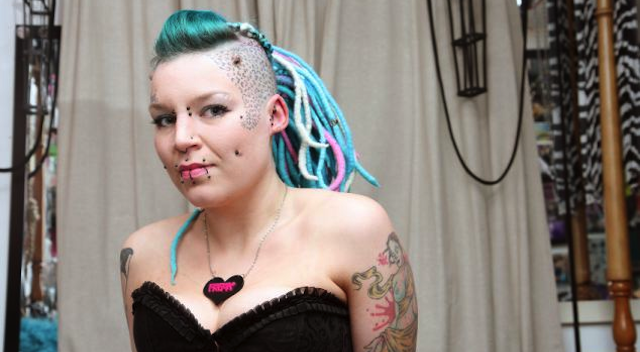 Boyfriend told her he was moving to Alaska but really moved in with another girl – here’s what she did as revenge.

26 year old Torz (??) Reynolds decided to get revenge on her ex-boyfriend Stuart ‘Chopper’ May in one of the most gruesome ways possible – by cutting off her tattoo with his name on with a scalpel and then mailing it to him. It probably hurt her more than it hurt him, but yeah, top marks for inventiveness and effort.

Chopper told Torz that he was breaking up with her because he was taking a dream job in Alaska – she even waved him off tearfully at the airport – but a week later she discovered that he had actually moved in with a woman he had been having an affair with for six months previously. Busted.

Upon learning about this, Torz took a scalpel to her arm and spent an hour and a half chopping around the tattoo that read ‘Chooper’s Bitch’ (lol) and then used dissection tweezers to peel the skin off her arm. Gross. She then placed the skin into a jar full of vampire fangs and sent it to Chopper and made it look like it was a present to him to ensure that he definitely opened it.

Torz said the following of the incident: ‘I packaged it up so it really did look like a present. I even used different handwriting so he’d have no idea that it was me. I can’t imagine what his reaction was. I wish I could have been there to see it’.

‘I don’t like pain, but the skin coming off was actually quite relaxing. It was the after-pain that hurt the most. It felt like a nasty stinging sensation and putting on clothes was a difficult task. I’d always planned to send the skin to Chopper. After I had posted it to him, I didn’t receive a response from him.’

‘Removing the tattoo like that was definitely closure. I like to get over things quickly and I always delete someone completely out of my life. At the end of the day, it’s only skin and it will grow back. Posting the tattoo to Chopper sent a clear message. Now he knows never to mess with me again’

Quite. Although I’m kinda sure he doesn’t want to mess with her again as he made up he was moving to Alaska to get away from her. Still, I guess she made some kind of statement with this.

The story about how she first got the tattoo is even funnier though, as she again explains, citing that Chopper had seemed like the perfect boyfriend at the time: ‘Chopper did everything for me, I never had to ask him for anything. I thought he was brilliant and so did all of my friends. I got the tattoo of Chopper’s name done as a surprise and he was really proud of it. The inking was on my forearm so whenever I lifted my pint glass, all his mates would see it and be amazed.’

Classy. She said that Chopper became more distant when she moved away to London and he stayed in Essex. That long distance thing sure is tough.

Chopper refused to comment on the story. Check out some pictures below:

â˜› More Tattoos: 31 Of The Worst Face Tattoos Of All Time 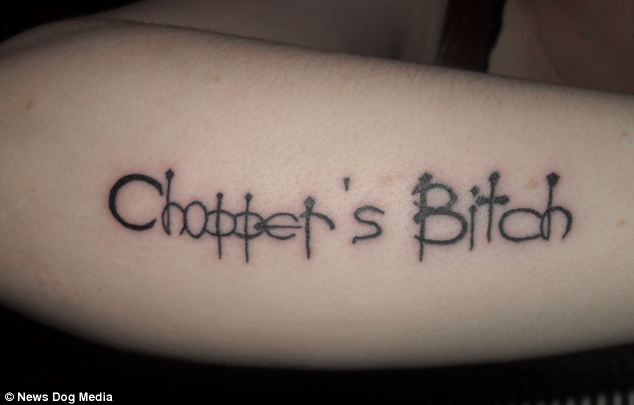 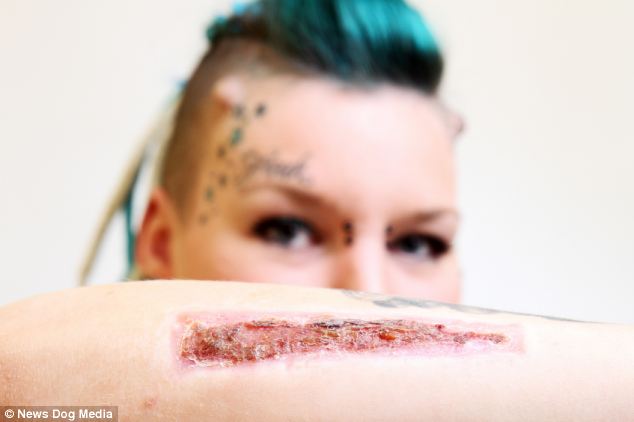 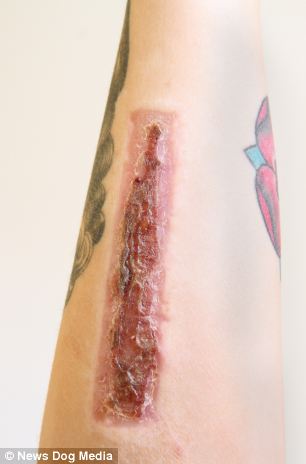 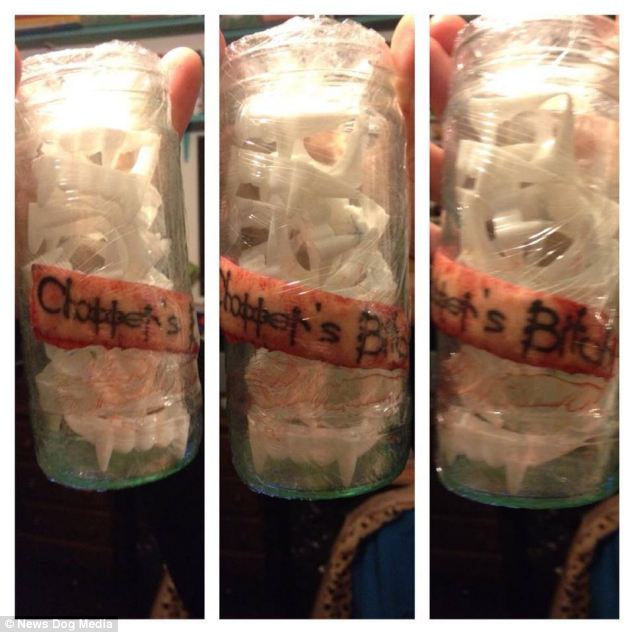