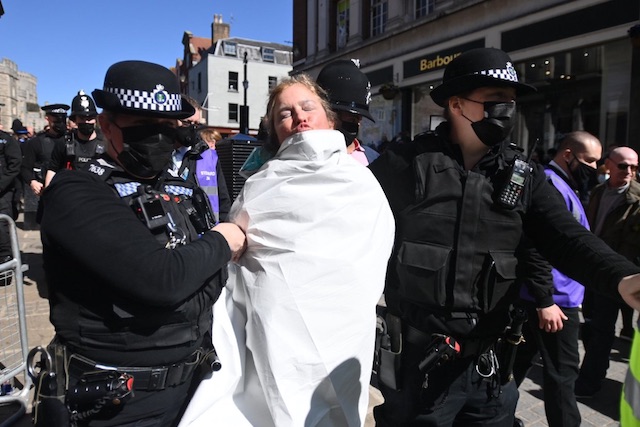 Not too sure how many of you out there were tuning into Prince Philip’s funeral on Saturday when it was a beautiful day and the first Saturday since pub gardens opened up again, but if you did manage to catch it then you might have caught a topless protester running through Windsor during a minute’s silence shouting ‘save the planet’.

55 year old Marissa Scott was charged on Sunday for causing harassment, alarm or distress under the Public Order Act, when she jumped on a statue of Queen Victoria without her top on during the minute’s silence at 3pm for Prince Philip. She’ll appear at Slough Magistrates Court on June 10th and I imagine she’ll be found guilty and fined because you can’t really argue with the overwhelming amount of photographic and video evidence available, can you?

Here’s what a spokesman for Thames Valley Police had to say about it: 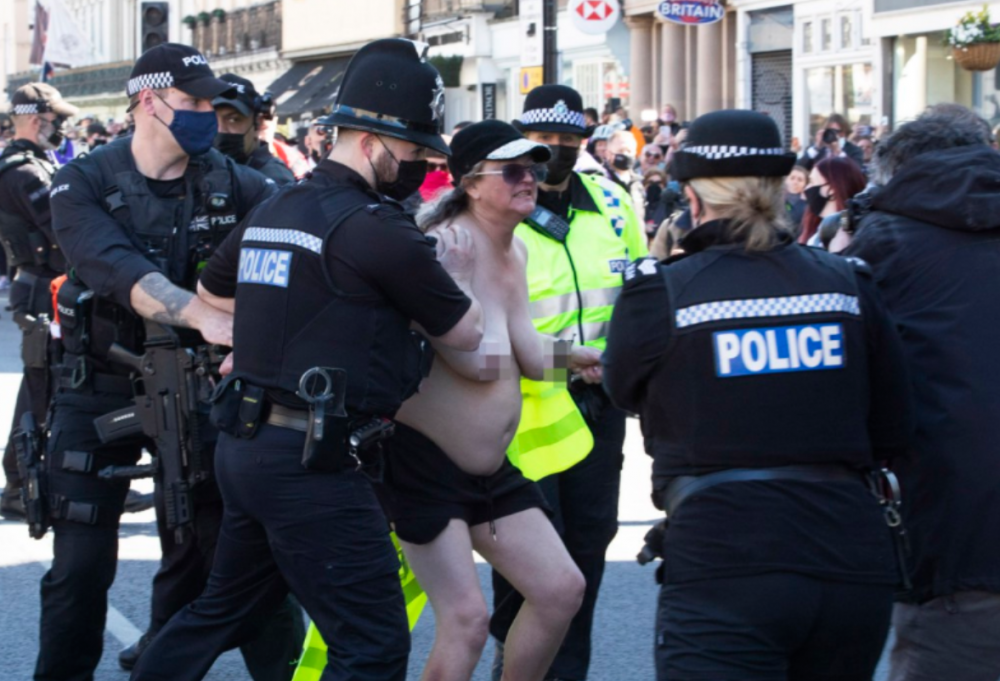 A woman has been charged in connection with an incident of public order at the funeral of His Royal Highness the Duke of Edinburgh Prince Philip yesterday.

Marissa Scott, aged 55 years, of Alterstead Lane, Merstham, Surrey, was charged this morning with one count of causing harassment, alarm or distress under the Public Order.

The charge relates to an incident just after 3pm near to Windsor Castle. Scott will appear before Slough Magistrates’ Court on June 10.

Yeah, I think she’s definitely going down for this one, but hey at least she managed to get her point across about saving the planet or something? Gotta respect that, right?

For more of the same, check out this streaker suplexing a police officer off the motorway to make his escape. Ooof.