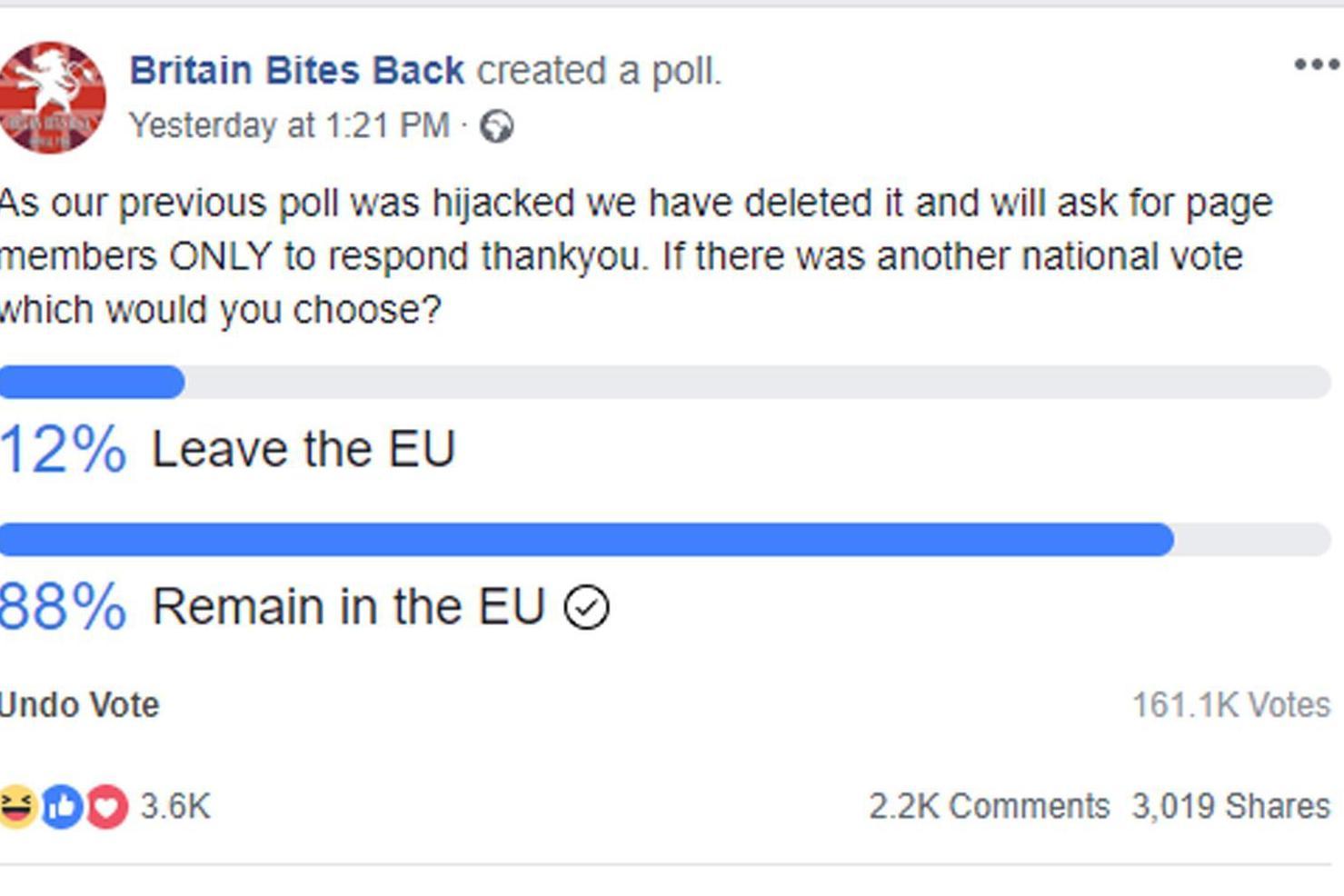 It just gets dumber and dumber.

We really are in the grips of Brexit fever right now as the government nears D-Day with still no clear idea of what they’re doing and both Remainers and Leavers are signing petitions and holding polls in the hopes that putting stuff up on the internet will actually make a difference.

I’m fairly sure that it won’t make any difference, but one of the funnier Brexit anecdotes in recent times involves a Facebook group called Britain Bites Back that wanted to prove to someone (its members, the group, the government, Donald Tusk?) that Britain was biting back and still well up for Brexit. In order to do this they held a Facebook poll – great idea – and invited its members to vote in it.

Unfortunately, the group was a public group so some of those pesky Remainers got in there and hijacked the results, skewing them and giving them an unfair portrayal of what the voting population actually felt. Hilariously, the moderator of the page then tried to tell people to leave the page alone as they were unable to delete the poll from it because they didn’t have admin privileges.

Get a load of some of these comments: 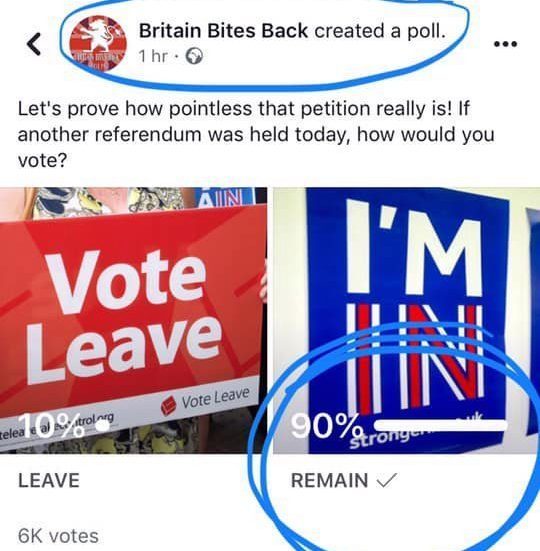 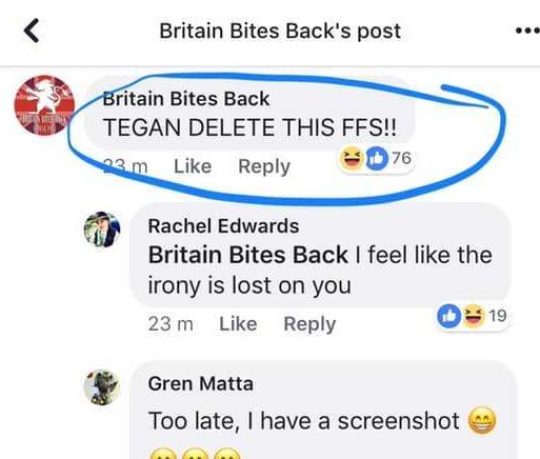 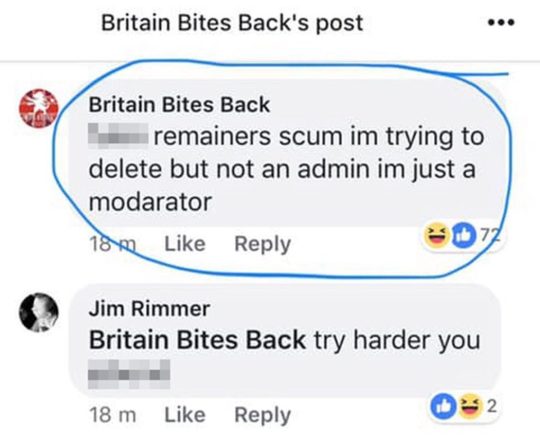 Eventually the poll was deleted, so what was the next course of action? As we’ve learned, the best thing to do in this situation is to hold another poll until you get the result that you actually want and you can imagine how this went: almost 200,000 people ended up voting even though the page only has 4000 fans.

Look at the state of this:

As our previous poll was hijacked we have deleted it and will ask for page members ONLY to respond thankyou. If there was another national vote which would you choose?

Posted by Britain Bites Back on Tuesday, 26 March 2019

Lol. I think the best thing I like about this is that the moderator (or perhaps now admin) reckons that a vote of 4000 people all backing Brexit will illustrate anything or actually achieve anything? Especially considering most of them are quick to denounce the (admittedly stupid) petition doing the round that has 5 MILLION signatures?

The whole situation really does make you despair about what some people are doing with their lives. There’s an even better footnote to the story at the end though, because it looks like Tegan lost her admin status and then set up another rival Facebook fan page that’s now even more popular than Britain Bikes Back. 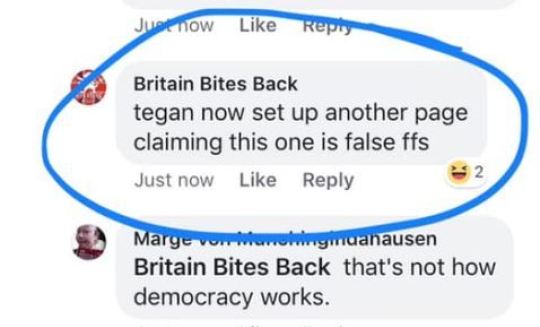 You just couldn’t make this up and as a pint sized representation of the current Brexit situation in the country and government it pretty much couldn’t be more perfect. Gotta love stuff like this sometimes.

For more of the same, check out this guy thinking it would be great for the country to go without food. Awesome idea.