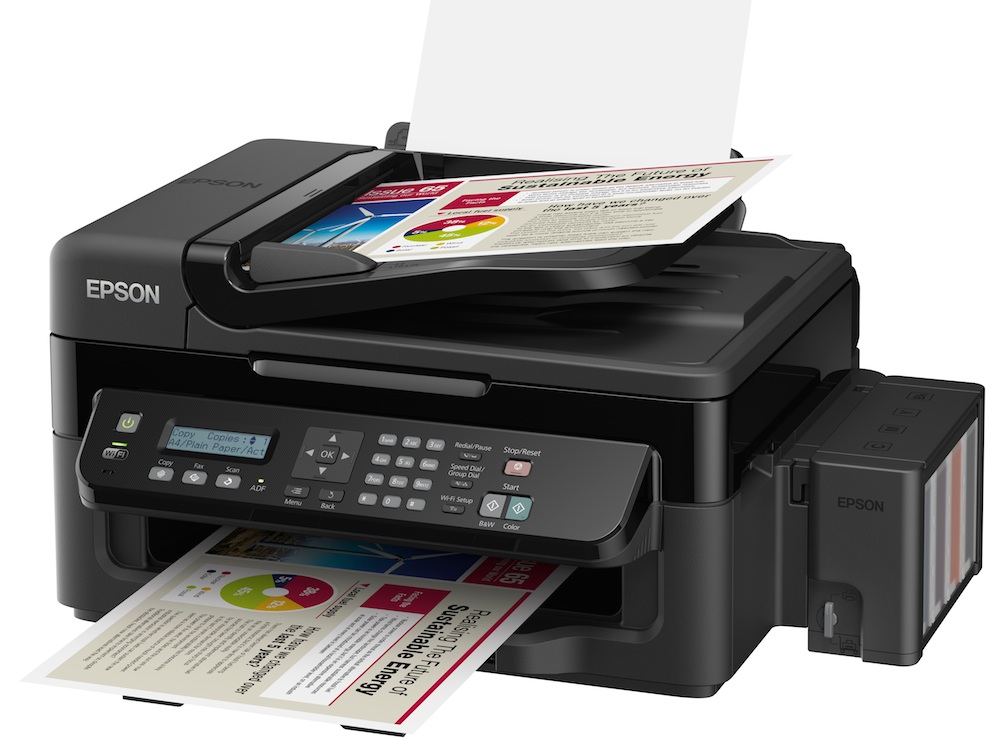 One of middle class life’s biggest problems has finally been solved.

I don’t know what’s more annoying about printers these days – the fact that you have to replace the ink in them all the time, the fact that they make a hell of a lot of noise and then print out something completely wrong, or the fact that a lot of the time they just break for no reason and there isn’t even a way to fix them. You would think that by now the problems that have always plagued printers might finally be sorted out and solved, but it seems like the same ones that have affected them for years consistently emerge on your new models. I only bought one about 9 months ago and it’s already on the blink and I’ve barely used it. Absolute bullshit.

One problem might be some way near to being solved though with the announcement of the Epson EcoTank. Basically, it’s a printer that has pretty much eliminated the need to refill its ink cartridge every fifth time you use it. There are five different models ranging from $300 to $1200 (not sure if they’re available over here yet) – but even the cheapest model promises that it will have enough ink in its cartridges for 4000 black and 6500 colour pages. It’s pretty unlikely that anyone buying a printer these days will even require anywhere near that amount of printing – unless you’re running a really famous zine – because pretty much the only things people print off now are their boarding passes and maybe gig tickets if it’s a place that still doesn’t allow smartphone tickets. 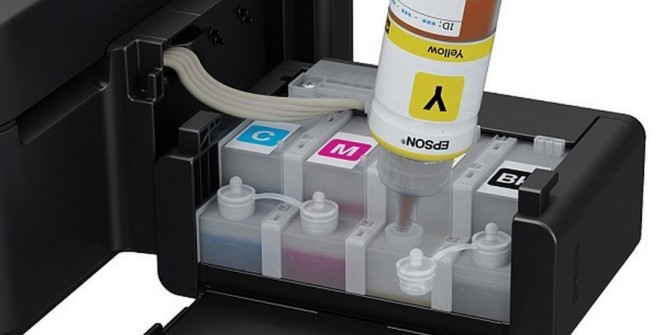 The way they’ve made this possible is absolutely ridiculous though and really does prove that printer companies have literally been fucking us in the ass all these years. To solve the problem of always having to replace ink cartridges, the printer will simply come with 20 ink cartridges worth of ink already installed with it via the refillable tanks you can see above. Wow. Can’t believe it took them 20 years to think up that one.

In fairness they have changed the design slightly – the ink comes in small tanks rather than cartridges and has to use ‘MicroPiezo printhead technology’ to get the ink from the tanks to the printer, but I’m sure they could have figured that out sooner if they wanted to. For anyone wandering, MicroPiezo technology means permanent mechanical printheads, as opposed to the disposable thermal printheads that dominate the industry currently. These printheads use microscopic nozzles to fire the ink onto the page. Techincal, but again it hardly sounds revolutionary to a layman like me.

Yes, you do end up having to pay more for your initial printer due to this method BUT given that I’m pretty sure everyone reading this has ran out of ink when they actually need an urgent print job completing, I’m pretty sure it’s safe to say most of us would gladly pay that extra dollar to save us the hassle and stress of not having the ink when we need it and having to buy expensive new cartridges. You’re also more likely to go for colour prints when you do print something out as you won’t be hoarding all those magenta and cyans when you really need something big, so it’ll probably make the world a happier place too.

Just a shame it’s taken so long and to be honest it might even be too late, considering people rarely use printers now anyway. All about 3D printing these days.