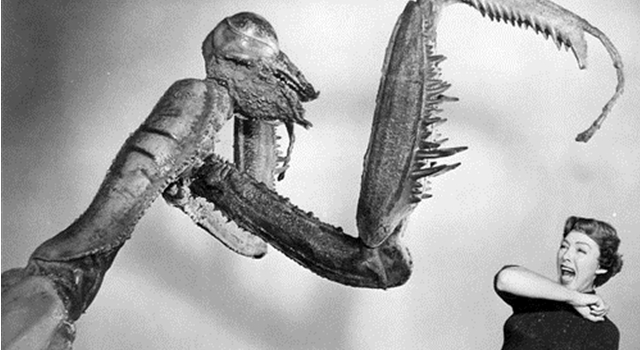 Insects grew to fiendish sizes millions of years ago. Thankfully they’ve stopped all that nonsense now. Take a look at the buggers though…. terrifying.

Like most sane people, I’m not that keen on insects. Don’t get me wrong, it’s amazing that they can fly about and survive and breed whilst being so tiny. It’s just that they’ve got googly eyes and they’re all spindly and minging. I’m also aware that in the UK an insect isn’t going to do me much damage, if any at all, but they still make me twitchy. I don’t know what it is, insects just look so evil.

But after writing this article I realise that we’re all as lucky as a lord not to have been around when insects were at their worst. 300 million years ago they were massive, humongous machines of terror. To put that time frame into perspective a bit, these insects were thriving 100 million years before the first dinosaurs evolved and about 228 million years before us lazy humans even picked up our first tools. It’s so far back in time that the land masses we know now as countries and continents were all stuck together in one lump called Pangaea. So we missed the main event by miles which is awesome.

One of these beastly behemoths was called Meganeuropsis permiana. It looked like a modern day dragon fly, but was only distantly related, it’s actually part of a group called “griffenflies”. Meganeuropsis had a wing span of 71 cm! It’s one of the largest flying insects ever discovered. Imagine one of them getting caught in your beard? It would rip it out in clumps. I wouldn’t stop screaming for a week if I came across one. I bet it made a noise like a biplane too. At least you’d hear it coming I guess.

The picture below is actually a falsified fossil, none have been found as complete as this one, but the structure is kind of what it would like if we ever did find one. 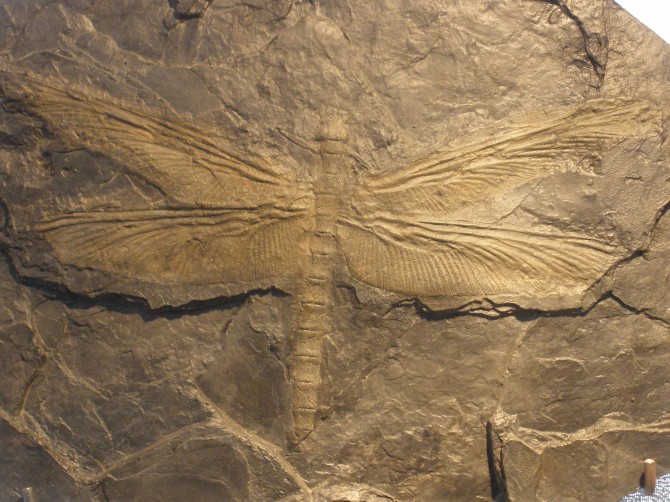 Meganeuropsis would have used a butt load of energy just staying aloft, so it’s presumed they would have been ferocious, voracious predators. Swooping down on anything that was smaller than them. Basically, you wouldn’t want to have been an ancient frog with these guys buzzing about. A fly swatter is going to be no use, get your cricket bat out.

Meganeura weren’t the only horrors to look out for. It gets a lot worse…..