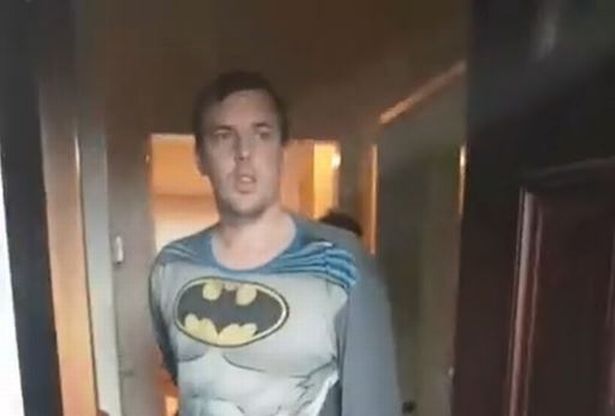 His dad says “not again”.

What’s more mortifying than being busted by  a crew of paedophile hunters on camera? How about having that exact same thing happen on your parents’ doorstep while dressed in your Batman pyjamas?’

Such was the fate of 24-year-old Warren Milne, who denies asking underage girls for sex online – despite the fact that the Predator Hunters confronting him were the ones posing as the underage girls he was speaking to:

The most damning/sorta hilarious part is when his dad realises what’s going on and says “not again”.

Milne, of Hillhead Road, Newcastle, was already subject of a Sexual Harm Prevention Order that he was given by Newcastle Crown Court in June this year after committing similar offences last year.

He was lucky to avoid prison that time on the condition that he be banned from communicating with anyone under 16, but looks like he didn’t learn his lesson. Maybe some jail time will do him good.

For a look at the completely sick Batman theme park opening in Dubai, click HERE.