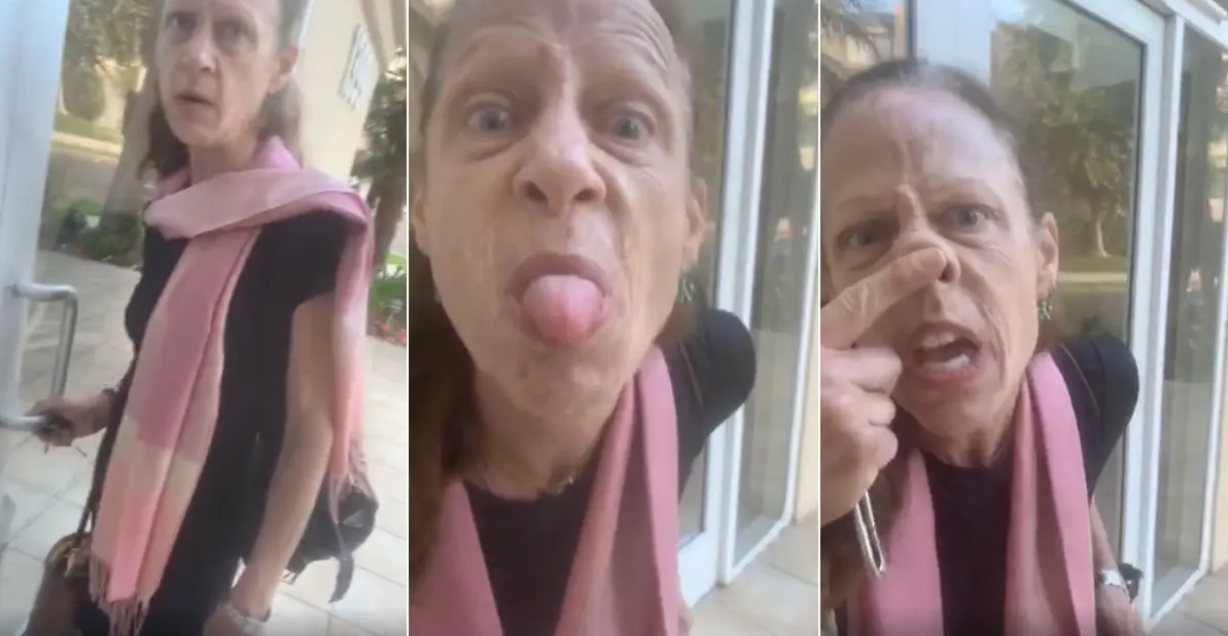 Of all the Karen videos we’ve posted in 2020, this one might be the craziest Karen video yet.

Jordan Mykel Gipson was trying to deliver a Postmates order inside an apartment in the Westwood neighbourhood of Los Angeles when this nut job blocked him from getting inside. In the first short video, she asks Jordan if this is a “stick up”, tells him he he looks dumb and asks why his Dodgers hat is black (WTF?):

In the second video, she physically blocks him from entering the building. When he tries to explain what’s happening to his customer, the woman harasses them both the whole time:

What a wild ride that was. It didn’t matter how obvious it became that this guy was clearly a Postmates delivery driver, Karen just wasn’t having any of it. The part where she offers to take his food in for him and then accuses the actual resident of not living in apartment 212 was just too funny. She didn’t even know how to use the intercom at her own apartment building FFS.

She then claims that Jordan rode up there with no car or bike, but when he points out the white car he arrived in, she refuses to accept it! She even ends up admitting that her own name was taken off the directory to the apartment!

I’m tired of working three jobs and having to deal with this shit. A lot of what went down in the last couple of days, it reflects what most people with this kind of job — mainly people of color — have to deal with, have to suck it up.

The good news for Jordan is that someone set up a GoFundMe for him and he’s thus far racked up $7,573. Now obviously no one should have to deal with Karen-esque abuse and especially not due to their race or background, but pocketing a cool $7,500+ to make up for the experience is a pretty good sweetener! Big up Jordan for how he dealt with the situation as well, just pulling out his smartphone, remaining calm, and allowing the craziness to unfold on camera.

For the Tweet that the BBC deleted in which they were trying to lecture white women on how not to be Karens, click HERE.