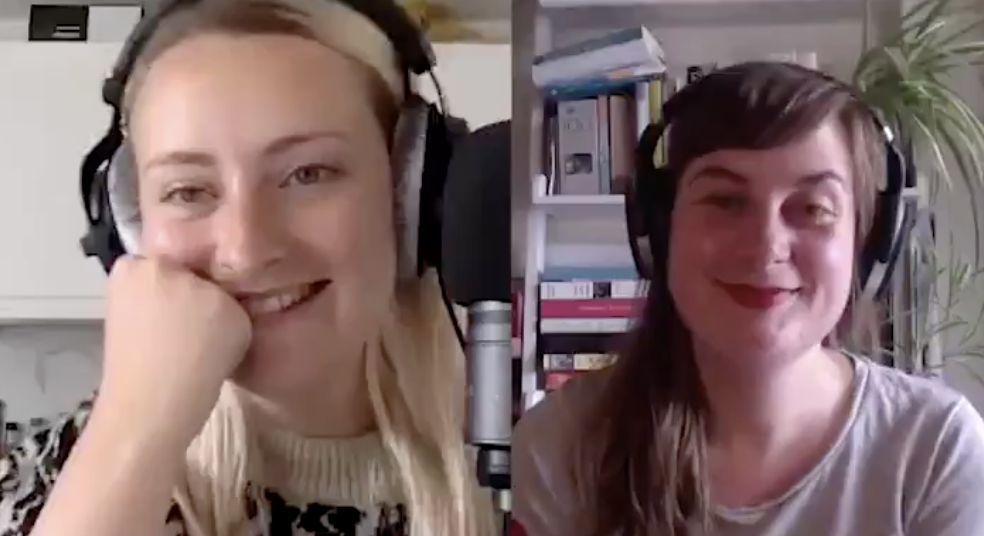 Backlash as BBC podcast asks ‘How can white women not be Karens?’

The BBC announced recently that they will be defunding their regional news segments, leaving 450 local news staff out of jobs and saving £25 million.

This will allow them to spend more money on producing segments like this on white privilege and other woke tropes that many are finding increasingly nauseating and distracting from the real progress being made in areas of equality and racism:

BBC this morning broadcast instructional guidelines to subjects of the British Crown for how to avoid being a Karen.

They apparently deleted it in embarrassment from their online accounts – why? – but a thoughtful person saved it:pic.twitter.com/GLYpKr260G

As the Tweeter states, the original clip was deleted by the BBC’s account after they faced a load of backlash over it. I mean no one wants to be lectured on their whiteness or womanhood by a pair of posh white girls, do they?

It looks like @BBCSounds have deleted their tweet lecturing on the evils of being white and a woman. I wonder if we’ll get an acknowledgement of the public’s utter resentment over needlessly divisive, race-obsessed finger-wagging of this sort. pic.twitter.com/eRtPRw8bJY

The BBC have deleted the Karen tweet. That’s all you need to know.

Feminism in 2016: “There is a war on women, women must be heard, intersectional feminism is the only way forward.”

Intersectional Feminism 2020: “White women need to know their place and shut up”.

Karens, talking about other Karens, unaware that they are Karens.

This is depressing. How are talks like this benefiting anyone except the egos of the media class? Sounds like they’re talking about a creepy self help book and not politics.

I see no advantages in bringing this (little known here) meme across the Atlantic.

Downsides
* ugly stereotype, pre-judges people by name,
* will distract from the substancehttps://t.co/7G4nIA8Ds6

Why did the BBC allow those women to embarrass themselves by airing the podcast… How much tax payers money did they pay for that rubbish.. .

The BBC Sounds ‘Karens’ tweet has mysteriously been deleted. The fact that nobody working on it appreciated how absurd it looked to wider society before it was published demonstrates what a ridiculous woke goldfish bowl the modern BBC is: https://t.co/aRa9szIW5s #defundBBC

Despite deleting the Tweet, the 40-minute episode is still up on the BBC website if you want to check it out. I can’t really criticise the BBC for their use of the word ‘Karen’ because we upload Karen content onto this website pretty much every day, but that’s mostly just for the lolz, not to patronise women or tell them how to behave.

Now obviously being a white woman doesn’t make you immune to criticism, but like I said no one wants to be told to “educate themselves” and “get out of the way”, especially not by two random middle class white birds. Besides I thought the Karen stereotype was created to describe entitled upper middle class women who will stomp on anyone to get their way, not some sort of racial slur which I guess is how it’s been interpreted here. Surely the answer on how not to be a Karen should be “don’t ask to speak to the manager”?

Radio presenter and counter-extremism activist Maajid Nawaz had an interesting take on it:

BBC should be ashamed of silencing women by calling them pejoratives.

If you legitimise “Karen” & “Gammon”, it won’t be long before “Leeroy” & “Abdul” become reciprocal insults.

Minorities & women have to live with this hateful atmosphere. Bullying is never progressive.

A BBC spokesperson defended the podcast to the Standard:

These comments were not part of the podcast and featured only in a short social media clip.

The episode itself is an in-depth and broad discussion on racism, class, feminism and stereotypes.

For the man who has been dubbed the ‘gay male Karen’ for partying on Fire Island despite testing positive for COVID-19, click HERE.